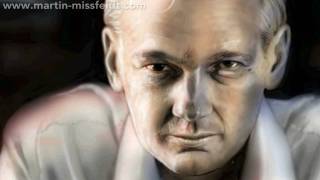 Julian Assange
(Image by YouTube, Channel: Martin Missfeldt)   Details   DMCA
On Christmas Eve, WikiLeaks founder and prize-winning journalist Julian Assange phoned a friend to alert the world that his life is in danger inside London’s notorious maximum-security Belmarsh prison. Such mistreatment of a prisoner who is only on remand—not convicted of any offence whatsoever—cannot possibly be explained innocently. It not only defies all known precedents regarding detainees awaiting trial or, in Assange’s case, lengthy extradition proceedings. It also defies urgent medical advice. Assange’s plea for help underscores the warnings made over the past two months by doctors from around the world, putting the British and Australian governments on notice that Assange’s health is deteriorating so rapidly, he might die in jail.
Read the rest of the story HERE: