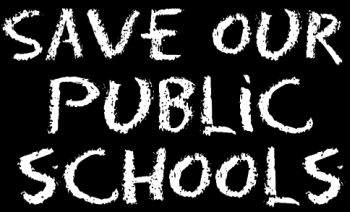 "Like that gremlins on the wing of the plane in the  Twilight Zone movie, ripping the wires out of the engine, they want to silence teacher voice in the political arena until there’s no one left to defend the public education system from the privatization schemes that have gripped the nation. The great American experiment of free public schools, open to all children and overseen by locally-elected citizens  is being challenged by an army of wealthy and interested parties who  will dismantle  the public education system and trade it for a voucher system. There are vital issues facing the 85th Legislature, and your engagement is going to be so important. You have to see this bill for what it is: they are telegraphing their intentions. The sense of urgency must increase, and increase quickly, if  we are to save public schools just in Texas, but in this nation."

Other Series: View All 757 Articles in "DON'T MISS THIS!"

Other Series: View All 183 Articles in "legislature and governorsL false info- undoing education"

Other Series: View All 498 Articles in "PRIVITIZATION."