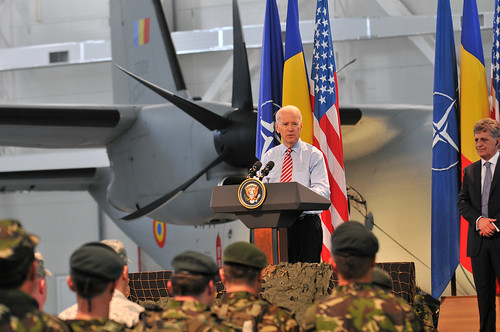 Biden, while not the worst of the worst, is still a soggy swamp creature, the likes of which Washington DC desperately needs to rid itself of. On the spectrum of political ideologies, Biden can be found nearer ‘Hillary Clinton’ and ‘moderate Republican’ than ‘Bernie Sanders’ or ‘Elizabeth Warren.’

The former VP’s candidacy provides the perfect demonstration of the problem Democrats face going into 2020. The party is divided by older, moderate-minded Democrats who fawn over establishment figures like Nancy Pelosi — and the younger, more progressive voters who are drawn to the Democratic socialism of Bernie Sanders and the bold policy proposals of political newcomers like freshman congresswoman Alexandria Ocasio-Cortez.

David William Pear is a Senior Editor for OpEdNews.com, and a Senior Contributing Editor for The Greanville Post. David is a journalist, columnist, and commentator for TV and radio. His articles, essays and interviews have an emphasis on U.S. (more...)