"Rage" may be Bob Woodward's most important book since "All the President's Men," in which he and Carl Bernstein laid out the history of Watergate.

It's because of the tapes. President Donald Trump gave 18 on-the-record interviews for "Rage." Woodward recorded almost all of them. In what we have heard so far, the President does an excellent job of hanging himself with his own rope.

The usual White House playbook to deny and denounce unflattering Trump stories can't be used against "Rage," because Trump himself, in his own voice, is the book's main source. 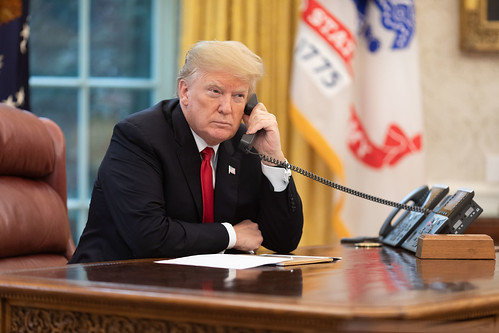 President Donald J. Trump in the Oval Office
(Image by The White House)   Details   DMCA
Read the rest of the story HERE: