The article reviews the history of political movements and concludes that recent protests, in the U.S. especially, have been ineffectual. The protests against the Iraq War in 2003 didn't stop the war. Occupy Wall Street had little direct effect. The Women's march on Washington didn't stop Trump and the GOP. Mostly protesters just let off steam. The real work requires engagement with politicians and smart, top-down organization. 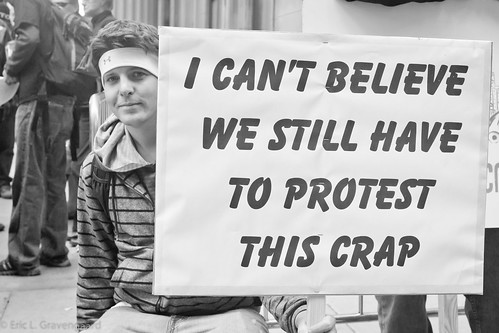 Protest!
(Image by eric1g)   Details   DMCA
Read the rest of the story HERE: