As American officials began to realize that Russia was trying to sabotage the 2016 presidential election, the informant became one of the C.I.A.’s most important — and highly protected — assets. But when intelligence officials revealed the severity of Russia’s election interference with unusual detail later that year, the news media picked up on details about the C.I.A.’s Kremlin sources. 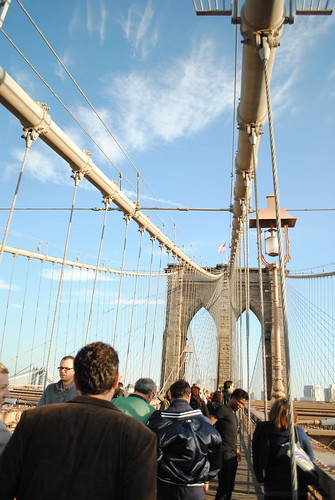 Walking across the Brooklyn Bridge
(Image by AlexiUeltzen)   Details   DMCA
Read the rest of the story HERE: