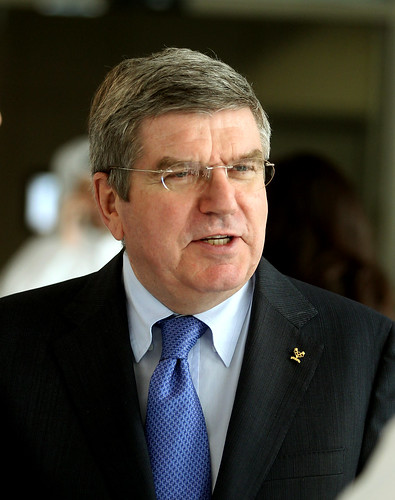 Thomas Bach is the ninth and current President of the International Olympic Committee.
(Image by Doha Stadium Plus)   Details   DMCA

The International Olympic Committee review panel declined a request for 13 Russian athletes and two coaches, cleared of doping by the Court of Arbitration for Sport, to attend the 2018 Pyeongchang Winter Olympics.

“The Panel unanimously recommended that the IOC not extend an invitation to the Olympic Winter Games PyeongChang 2018 to the 15 individuals requested by the suspended ROC [Russian Olympic Committee],” said a committee's statement on Monday.

CAS had overturned the doping ban for 28 Russian athletes on February 1 on the basis that there was "insufficient" evidence that the athletes had broken anti-doping rules.