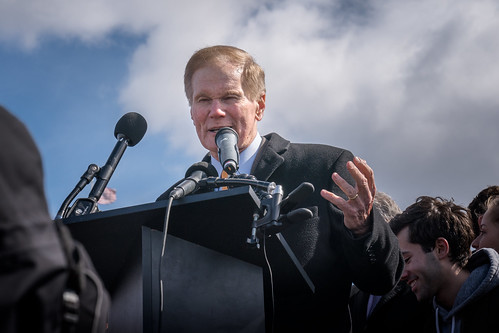 A Florida judge denied Gov. Rick Scott's request that law enforcement seize and monitor ballots and voting equipment when they're not being used in the state's midterm recount effort. "I don't think I have any evidence to enter a mandatory injunction right now," Judge Jack Tuter said Monday in response to Scott's Sunday suit. Scott — who is leading Dem. Sen. Bill Nelson in the Senate race by 0.14 of a percentage point (approx 12,000 votes) — was seeking emergency injunctions against local elections supervisors in two Democratic strongholds in South Florida, Broward and Palm Beach counties. Following Trump's lead, Scott has accused elections officials in his state of electoral corruption and of overseeing widespread voter fraud. The Florida Division of Elections ordered recounts on Saturday in three tight statewide races for US Senate, governor, and state-agriculture commissioner.