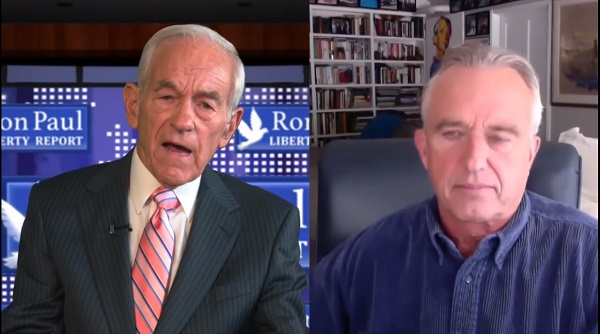 They also talk about how Mr. Kennedy reluctantly became an advocate for parents of children who were damaged by vaccines
(Image by tapnewswire.com)   Details   DMCA

While Dr. Paul starts the program by stating that the main reason they were inviting Mr. Kennedy on to program was to discuss vaccines, Dr. Paul gets right into an issue that many Americans have questioned for over 3 decades: What was the truth behind the assassinations of President John F. Kennedy in 1963, the uncle of Robert F. Kennedy, Jr., and Robert F. Kennedy, his father, in 1968, and what role did the CIA play in that?

While Mr. Kennedy states that “you’d be an idiot not to believe that President Kennedy was killed by a conspiracy,” he originally did not believe that about his own father’s murder..