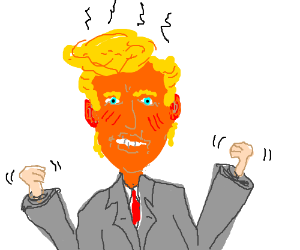 "Before heading off to his so-called "winter White House" in Palm Beach, Florida, on Friday, President Donald Trump summoned some of his senior staff to the Oval Office and went "ballistic" With Marine One waiting, Trump and his team engaged in an animated exchange -- captured by press pool cameras peering in through the windows from the White House South Lawn. As President Trump was in the air aboard Marine One headed for Air Force One on the tarmac at Joint Base Andrews, a last-minute phone call was made from the West Wing to the team on board the president’s plane with a directive to remove Priebus and Bannon from the manifest, sources said. They would not be coming to the Sunshine State."

"So … what happens if some huge crisis develops somewhere in the world while Trump is taking it easy at Mar-A-Lago and his senior staff are all back in Washington?"