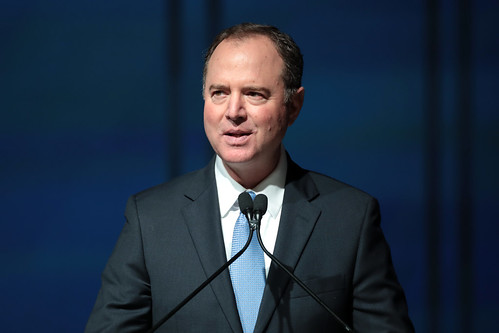 Adam Schiff, the liberal hero of impeachment, is a wholly owned subsidiary of the military-industrial complex and a fervent exponent of permanent war.

We’d like to be on his side. After all, he’s working hard to take down Donald Trump, one of the worst presidents in American history. But let’s not get carried away in fandom.

Schiff is a dangerous warmonger, and his efforts to fuel paranoia about Russia only serve to feed that agenda. It would be admirable if Schiff’s impeachment crusade was limited to Trump’s corruption. But something else drives him: he wants a proxy war in Ukraine with Russia, and he has had for some time.

76 yr retired school teacher and civil engineer technician. Almost always have voted Democrat with Marxist-Trotsyist reservations. [update] That is, until about 10 years ago, when I started voting Green mostly. And recently, some of my old (more...)