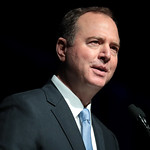 "Adam Schiff argued to the American public that the future of American democracy is at stake: a fundamentally dangerous chief executive setting perilous new precedents.The Trump Presidency threatens to reset the traditional checks and balances between the branches of government, limiting Congress’s ability to curtail the actions of a President who abuses his power. If Trump is not held accountable, Schiff argued, he will permanently embolden future Presidents and enfeeble Congress. “If the President can simply refuse all oversight, particularly in the context of an impeachment proceeding, the balance of power between our two branches of government will be irrevocably altered! “That is not what the Founders intended. And the prospects for further corruption and abuse of power in this Administration or any other will be exponentially increased.”