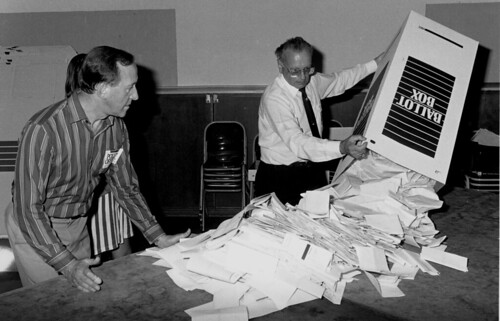 Counting the votes can be manual or automated, but it must be honest.
(Image by AEC images)   Details   DMCA

"'Truth is truth and numbers are numbers,' said Arizona Senate President Karen Fann on Friday, September 24, as she summarized the most important finding in the long-awaited report from the body's pro-Trump contractors to assess the accuracy of the 2020 election results in Maricopa County, where two-thirds of Arizonans reside.

"That bottom line, that Joe Biden won, and his vote totals had increased while Donald Trump's totals had fallen, [underlining mine, ed.] was noted by almost everyone following American politics except for the people who arguably needed to hear it the most: Trump and his base of true believers."

Other Series: View All 80 Articles in "activism in action"