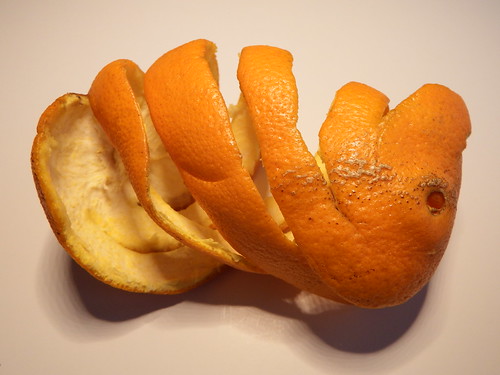 Peeling an orange in one piece
(Image by fdecomite)   Details   DMCA

In 1997, two ecologists had an idea for a local orange juice company in Costa Rica — little did they know, their idea would lead to a discovery of a lifetime.

The pair told the company if it donated a piece of completely unspoiled, forested land, then it could dump their discarded peels and pulp in a heavily grazed and deforested piece of land. The company agreed, dumping over 12,000 metric tons orange "waste" onto the land. 16 years later, when the "wasteland" was revisited, ecologists found a miracle.

Their game changing research essentially concludes that a secondary forest growth, one that grows after the first is torn down, is crucial to slowing down climate change.

They have found that new-growth forests absorb and store carbon in the atmosphere at 11 times the rate of an old-growth forest.