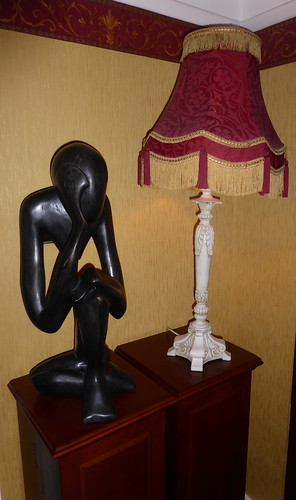 Pervasive throughout the Trump administration, even more than during the Bush II era, is the temptation to drop out of mainstream society and not keep up with events in the Swamp that are impinging on the lives of more and more Americans every day--in the thousands from covid alone.

Every day something major emanates from our Nation's capital to make life even more miserable. All he has to do is open his large mouth. Or Tweet.

What are our chances of dying from covid? According to a knowledgeable friend, 60 percent of us will catch it.

There will be a vaccine for us in April, according to Dr. Fauci--us the average people, once those ahead of us in line, those most vulnerable to covid, have received their deserved priority. 2.5 percent of Americans who contract it, die of covid. Doesn't seem like a lot, but some ethnicities in this country comprise that percentage point. 2.5 percent of 331 million is 8.25 million. 245,000 have already died in this country, 1.31 million worldwide.

How can anyone be reelected or, less conventionally, restored to the most powerful position in the world, having done nothing to combat covid and everything to fan its flames? How much negligence has contributed to the world total, let alone our domestic total?

How attributable is the covid spike to cabin fever and its relative, presidential indifference and defiance of standards set to avoid infection?

How attributable to weather changes? Lots.

That means that winter will be a time of dread. I plan to quarantine totally. I wonder if that will kill me. If so, I'll fall into the column of indirect mortalities, along with those people whose preexisting conditions facilitated their demise by covid.

Covid and detrimental effects of climate change. Which is advancing more quickly?

Climate change is a form of covid we are inflicting on the earth.

To wax partisan again for a minute, according to the same Pew Research study, "Around two-thirds of Biden voters (68%) said that climate change would be very important to their vote this year. But for Trump voters, climate change ranked

Perhaps awareness of the more direct source of mortality will awaken us to climate change and we will do more.

Another expert says that we must radically change our lifestyles, more than just sorting forms of garbage, to reverse the damages of climate change.

Fear complacency. Be very afraid. Even if Joe does become president, he can't make it all better. At least he'll try. So will Kamala, as much as she can. We can't sit back, sigh heavily, and turn the tv back on or play golf or clean out the garage. We can't just criticize him for not being more progressive, because part of his base is GOP. Not really. A UVA study revealed that "94% of Democrats supported Biden and 93% of Republicans voted for Trump." However, get this: "Independents voted for Biden over Trump by 14 points (54% vs. 40%), a significant change from 2016, when independents favored Trump over Clinton (46% vs. 42%)." That's huge. How much does that mesh with suburbs going for Biden this time around? According to the AP, only 15% of Americans in the suburbs say they are independents. So those two categories can't be lumped together. That's not all. More young people voted and women favored Biden even more than they favored Hillary, by 2%. Maybe because of Kamala.

And so Biden has a large independent constituency he must hold on to, a tricky business that must be studied most carefully.

Truth be told, relaxation is essential to life, but little would be possible if we hunkered down to really change things. I don't have projections, but wonder what percentage of our time, even time away from work, would be necessary to save the world for the future.

So far there's no shortcut to combatting climate change. No magic pill to shoot up into the sky.

How low can or will the GOP go? Activating the worse provisions of the Twelfth Amendment is perfectly legal, but first Biden's total must descend below 270 electoral votes. That will take some amount of work. All those lawyers. Wisconsin is their latest target, the three bluest counties, no surprise. Recount them and if no skullduggery is evident, well, now's the time to add it. Will Democratic supervision be allowed or bullied?

The election integrity movement's dream, among Democrats and Trump opponents anyway, is becoming a nightmare.

What's there to cheer up about? Family reunions over the holidays? That's taking your life into your hands.

Snow? If there's any, and it can be a source of joy. Pretty Christmas lights?

What about Times Square on New Year's Eve? DOA?

Love? Maybe. When it survives.

It's a good idea.

Related Topic(s): Climate; Democrats; Election; Family; Fear; Future; Independent; Integrity; President; Relaxation; (more...) Republican; Thinking; Thiscantbehappening; Time; Truth; Women, Add Tags  (less...)
Add to My Group(s)
Go To Commenting
The views expressed herein are the sole responsibility of the author and do not necessarily reflect those of this website or its editors.