The "Fast Track" Skinny on TPP

No lover of democracy can hate the Trans-Pacific Partnership enough. While the reasons to detest TPP--and above all TPP fast track--are abundant (see appendix links), no prior article has captured its full loathsomeness by scrutinizing its context and pinpointing its deep political significance. Nothing short, that is, of rapidly streamlining the slow, ongoing political castration of the U.S. public. Metaphorically speaking, a project worthy of Dr. Mengele. 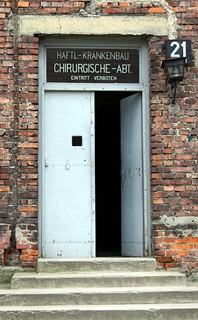 See, anyone vaguely acquainted with our nation's founders knew they were virtually obsessed with staving off tyranny. To do so, they enshrined a system of power-limiting checks and balances in our nation's Constitution. Nothing could sin more deeply against their thinking than "hush, hush, rush, rush" trade deals like a fast-tracked TPP. Simply by appointing Wall Street insider Michael Froman, former executive of Citigroup--itself a "fast track" to Obama cabinet posts--as chief trade negotiator, Obama has grievously betrayed our founders' checks-and-balances thinking, entrusting still greater policy input to those with far too much. Forbidding Congress to read most of the draft treaty only exacerbates that betrayal.

And fast track authority would simply be the last straw: Congress's outright abdication of its Constitutional checks-and balances duty to give "advice and consent" on foreign treaties entered into by the executive branch. It would announce a new era where government, with vastly too much power already in global corporate hands, won't even pretend to defend us from escalating corporate power grabs. For most Americans, by sacrificing popular sovereignty to global corporate interests, it would amount to an act of political mass castration.

Leaving most citizens politically impotent is the royal road to tyranny. At this point, mass castration is only a political metaphor. But as any close student of history knows, unchecked political power--like plutocratic power in our day--opens a virtual Pandora's Box of unforeseen horrors. If we don't resist increasingly brazen power grabs like TPP fast track, full-blown tyranny--not excluding literal castration--could appear, perhaps even shockingly soon, on our nation's menu.

Greed is a hideous monster that grows by what it feeds on. Perhaps the best proof is the morally repugnant Koch brothers, fully as entitled to be branded "enemies of humanity" as any genocidal war criminal. Scarcely content with being two of the world's wealthiest, most powerful moguls, the Kochs sleeplessly sabotage democracy to augment levels of wealth and power long ago exponentially exceeding what any individual should be allowed. Allowed, that is, for the sake of the common good--a term conspicuously absent from Koch vocabularies.

Though perhaps the most conspicuous and dangerous case, the Kochs are hardly the only example of greed growing by what it feeds on. In fact, careful academic studies like economist Piketty's Capital in the Twenty-First Century and political scientists Gilens and Page's "Theories of American Politics" provide overwhelming evidence that the rich--above all, under rampant economic inequality--predictably use their excess wealth to consolidate their political domination. Nowadays, that domination is so fatal to the common good that, in the case of climate change inaction, it menaces civilization itself. In a sense, Piketty, Gilens, and Page offer striking empirical confirmation for the time-honored biblical adage, "The love of money is the root of all evil." Never did civilization ignore that adage at greater--conceivably apocalyptic--peril.

In almost perfect lockstep with the Kochs' political rise, the initially near-imperceptible subversion of democracy by plutocrats has been under way. For the rich, this has meant a gradual uptick in political potency, obtained at the cost of what has amounted, for the rest of us, to slow political castration. It's almost as if plutocrats, facing a somewhat robust democracy, initially had to accomplish that castration by slow, chemical means, stealth policy victories that gradually, imperceptibly reduced the rest of us to ever-increasing passivity and impotence. As if to prove the adage that greed grows by what it feeds on, they're no longer content to find themselves virile and We the People impotent; they now insist on castrating us outright--and even in plain sight. Such is plutocrats' push for fast track authority on the TPP.

With most citizens' worsening political feebleness as backdrop, it's as if some brutal high school bully--or better yet, Dr. Mengele--now had his hated, deeply debilitated victim fully in his clutches. And as if Mengele, long since bored to tears by the obvious success of his stealthy, impotence-inducing drugs (smuggled, perhaps, into prisoners' food), suddenly opted for an open campaign of blitzkrieg mass castration. Which is, politically, exactly what fast track passage of the Trans-Pacific Partnership will amount to.

A Time to Love--and a Time to Hate

Now, in speaking of "Dr. Mengele" and "castration," any self-aware writer must be conscious of using supercharged emotional language, even a form of hate speech. And some readers may find the consciously chosen Auschwitz references overblown and inappropriate. But in my defense, I have a strong sense of addressing a public emergency whose sheer gravity even top-notch activists seem to underrate--a fatal coup against political liberty of the sort that historically has paved the road to fascism. Not that we've arrived there yet, but TPP fast track is exactly the sort of brazen coup against liberty and test of political will--a test of exactly how much tyrannical overreach a browbeaten, passive public will accept--that, if failed, has historically put the most psychopathic tyrants in the driver's seat.

And besides, when invoking biblical moral language, one good injunction deserves another. Just as "The love of money is the root of all evil" couldn't better fit our plutocrat-dominated times, equally as much does the adage, "There is a time to love, and a time to hate." Now, perhaps the time to love was decades ago, when a farsighted love of liberty and economic equality--buoyed by a love for labor unions--might have staved off our plutocratic peril. But since hate is the reverse face of love--and we failed to love our liberty in due season--we have now arrived at a time to hate: not to hate plutocrats themselves, but to loathe with every fiber of our being their assaults on our democratic freedoms. Of which TPP fast track is the most sinister to date.

Now my invocation of Dr. Mengele, the notorious Nazi "Angel of Death," is purely metaphorical, but it's consciously picked to be emotionally provocative. See, a thoroughly repulsive figure like Dr. Mengele--though the Koch brothers are, to a duly informed mind, arguably worse--is an ideal vehicle to arouse and focus our hatred. And never do we need that focused hatred--not for the sinners but for their sins--more than in facing TPP fast track. But though we should stop short of hating the sinners, we must, in light of our focused hatred, utterly refuse to forgive them until they've repented of their political sins. Which amount to handing our political sovereignty over to the corporate equivalent of Nazi doctors intent on mass castration. Until such an egregious political crime is duly repented, the "hactivist" collective Anonymous has things exactly right: "We do not forget. We do not forgive."

So who are the "little Mengeles," the public figures responsible not for the sheer evil of TPP fast track itself, but for foisting that arguably unconstitutional, liberty-destroying evil on a passive, unaware U.S. public?

Foremost among the little Mengeles--really a not-so-little one--is President Barack Obama. Straddled by his "lieutenants" Mitch McConnell, John Boehner, and the Republican Congressional leadership, Obama is the foremost political villain of this piece. But hiding in the shadows are such corporatist heartthrobs as "dynastic" politicians Hillary Clinton and Jeb Bush, their dynasties built on corporate lackeying, and perhaps as worthy of the "little Mengele" stigma as Barack Obama himself. Even if we derail TPP under Obama, we should fully expect an equally sinister trade deal will arise should either Bush or Clinton (widely considered their parties' most likely presidential nominees) win the presidency in 2016.