It's the server, stupid! 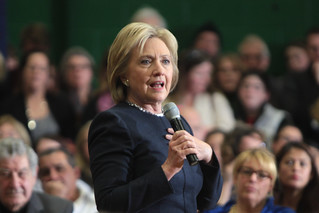 It's not yet clear whether Hillary Clinton will be indicted. It's not even clear in the broader sense whether Hillary Clinton should be indicted. But it's crystal clear that, even on the limited amount of credible evidence now available, Hillary Clinton could be indicted. She could be indicted for what might be characterized as privatizing her government office. That, in effect, is what the Secretary of State did when she moved pretty much all her public government communication to a private email server at her home in Chappaqua, New York. That deployment of a private server for a government official is, as far as we know, unprecedented. The public business of the Secretary of State does not belong in anyone's private domain. It's a gross violation of sane and honest public policy. And it's also illegal.

That's why Hillary Clinton could be indicted. She has committed a unique offense. But how serious is the offense? Until the FBI completes its investigation, including thousands of emails as well as the server, we can't begin to know what weight to give it legally. Politically, we can infer that the Clinton camp is terrified of any full reckoning, since Clinton and her surrogates have been minimizing and lying about the case from the beginning.

When Bernie Sanders said in an early debate that people were sick and tired of hearing about Hillary Clinton's "damn emails," he may well have executed a shrewd and deft bit of political jiu jitsu. First, he framed himself as more interested in substantive issues, rather than political gossip. He surely knew that, if an email of actual importance turned up, the case would take on a well-deserved life of its own. Meanwhile he could take the high road, ignoring mere peccadillos. And quite possibly, Sanders understood even then that the core issue was the server, not the emails, and that the FBI under James Comey was a good bet to carry out a thorough and honorable investigation. Sanders successfully took a principled position on the "damn emails," while knowing that all he had to do was wait to make the move a win-win for him (if that's the way it would turn out, with nothing to lose if it didn't).

Is the FBI investigation a ticking time bomb for Hillary?

The FBI investigation seems to have been relatively leak-free since it began in July 2015. In early March 2016, an anonymous "senior law enforcement official" let it be known that a Clinton employee had been granted limited, non-specific immunity from prosecution. Grants of immunity are an indication of an investigation's progress toward the target, in this case Hillary Clinton. So far the only known grant of immunity has gone to Bryan Pagliano, a Clinton 2008 campaign worker who set up her private government email server in her home in 2009. Spokesmen at the FBI and Justice Department would not comment, but Pagiano's attorney confirmed the immunity agreement was in place and his client was cooperating.

The flurry of reactions to the immunity deal at the time were mostly politically dishonest on one side or another, but C-Span on March 18 spent some 49 sober minutes exploring the case with attorney Joe diGenova, former U.S. Attorney for the District of Columbia (1983-88) and now in private practice in Washington. While diGenova tends to lean right politically, his discussion of the Clinton case was dispassionate and analytical. Asked what advice he might give Clinton now, he answered: "Do not be interviewed by the FBI. If you lie, you will be in the same boat as General Petraeus. When you lie to a federal investigator, that creates incentive to work harder on the case."