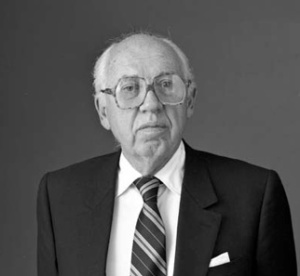 Freedom House and the National Endowment for Democracy stress their commitment to freedom of thought and democracy, but both cooperated with a CIA-organized propaganda operation in the 1980s, according to documents released by Ronald Reagan's presidential library.

One document showed senior Freedom House official Leo Cherne clearing a draft manuscript on political conditions in El Salvador with CIA Director William Casey and promising that Freedom House would make requested editorial "corrections and changes" -- and even send over the editor for consultation with whomever Casey assigned to review the paper.

"I am enclosing a copy of the draft manuscript by Bruce McColm, Freedom House's resident specialist on Central America and the Caribbean. This manuscript on El Salvador was the one I had urged be prepared and in the haste to do so as rapidly as possible, it is quite rough. You had mentioned that the facts could be checked for meticulous accuracy within the government and this would be very helpful. ...

"If there are any questions about the McColm manuscript, I suggest that whomever is working on it contact Richard Salzmann at the Research Institute [an organization where Cherne was executive director]. He is Editor-in-Chief at the Institute and the Chairman of the Freedom House's Salvador Committee. He will make sure that the corrections and changes get to Rita Freedman who will also be working with him. If there is any benefit to be gained from Salzmann's coming down at any point to talk to that person, he is available to do so."

Cherne, who was chairman of Freedom House's executive committee, also joined in angling for financial support from a propaganda program that Casey initiated in 1982 under one of the CIA's top covert action specialists, Walter Raymond Jr., who was moved to President Ronald Reagan's National Security Council staff.

In an Aug. 9, 1982 letter to Raymond, Freedom House executive director Leonard R. Sussman wrote that "Leo Cherne has asked me to send these copies of Freedom Appeals. He has probably told you we have had to cut back this project to meet financial realities. ... We would, of course, want to expand the project once again when, as and if the funds become available. Offshoots of that project appear in newspapers, magazines, books and on broadcast services here and abroad. It's a significant, unique channel of communication" -- precisely the focus of Raymond's work.

According to the documents, Freedom House remained near the top of Casey's thinking when it came to the most effective way to deliver his hardline policy message to the American people in ways they would be inclined to accept, i.e., coming from ostensibly independent sources with no apparent ties to the government.

On Nov. 4, 1982, Raymond wrote to NSC Advisor William Clark about the "Democracy Initiative and Information Programs," stating that...

"Bill Casey asked me to pass on the following thought concerning your meeting with [right-wing billionaire] Dick Scaife, Dave Abshire [then a member of the President's Foreign Intelligence Advisory Board], and Co.

"Casey had lunch with them today and discussed the need to get moving in the general area of supporting our friends around the world. By this definition he is including both 'building democracy' ... and helping invigorate international media programs. The DCI [Casey] is also concerned about strengthening public information organizations in the United States such as Freedom House. ...

"A critical piece of the puzzle is a serious effort to raise private funds to generate momentum. Casey's talk with Scaife and Co. suggests they would be very willing to cooperate. ... Suggest that you note White House interest in private support for the Democracy initiative."

The importance of the CIA and White House secretly arranging private funds was that these supposedly independent voices would then reinforce and validate the administration's foreign policy arguments with a public that would assume the endorsements were based on the merits of the White House positions, not influenced by money changing hands.

In effect, like snake-oil salesmen who plant a few cohorts in the audience to whip up excitement for the cure-all elixir, Reagan administration propagandists salted some well-paid "private" individuals around Washington to echo White House propaganda "themes."

In a Jan. 25, 1983 memo, Raymond wrote, "We will move out immediately in our parallel effort to generate private support" for "public diplomacy" operations. Then, on May 20, 1983, Raymond recounted in another memo that $400,000 had been raised from private donors brought to the White House Situation Room by U.S. Information Agency Director Charles Wick. According to that memo, the money was divided among several organizations, including Freedom House and Accuracy in Media, a right-wing media attack organization.

When I wrote about that memo in my 1992 book, Fooling America, Freedom House denied receiving any White House money or collaborating with any CIA/NSC propaganda campaign. In a letter, Freedom House's Sussman called Raymond "a second-hand source" and insisted that "this organization did not need any special funding to take positions ... on any foreign-policy issues."

But it made little sense that Raymond would have lied to a superior in an internal memo. And clearly, Freedom House remained central to the Reagan administration's schemes for aiding groups supportive of its Central American policies, particularly the CIA-organized Contra war against the leftist Sandinista regime in Nicaragua.

Related Topic(s): CIA; Democracy Now; Funding; Group Think; Ukraine, Add Tags
Add to My Group(s)
Go To Commenting
The views expressed herein are the sole responsibility of the author and do not necessarily reflect those of this website or its editors.