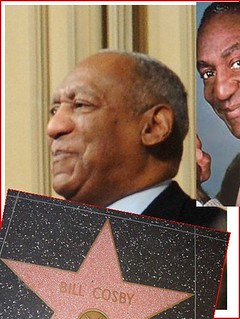 The moment the first of the 45 women to date publicly accused comedian Bill Cosby of drugging and raping them, the big question on the lips of many was: Could Cos be criminally prosecuted? The legal experts hashed the question back and forth and at the end their general consensus was that there was no way Cosby could ever be hauled into a criminal court docket. The most that some of the alleged victims could ever hope for was a hefty civil court settlement. Cosby, they said, was immune from prosecution because the statute of limitations had long since run out on most of the claims. They were right and wrong. As of 2014, Cosby, or anyone else who committed rape and sexual assault, was home free in 34 states that had statutes that ran anywhere from 3 to 30 years for filing rape cases depending on the circumstances of the sexual ravage.

But what about the 26 states that had no statute of limitation depending on circumstances in the nature and type of sexual assault? In those states, a Cosby could indeed be prosecuted even decades after the assault. Now what about the Cosby? This writer did a cross check of the states that Cosby allegedly committed the publicly disclosed to date rapes and assaults. The states where the bulk of the alleged victims claimed Cosby raped them are Florida, California, Pennsylvania, Connecticut, New York and Nevada. They all have various term statutes of limitations on rape.

Cosby, however, is not totally out of the criminal court woods. Several of the alleged rapes reportedly occurred in New York City and Michigan. New York City lifted its statute of limitation on rape prosecutions in 2008 in most cases. http://www.answers.com/Q/Statute_of_limitation_statutory_rape_new_york

Michigan has no statute of limitations on a First Degree Felony Sexual Assault. That is defined as "a sexual act involving penetration" with one of the conditions being the "victim incapacitated (unable to consent due to age, mental challenged or due to intoxication...)" In the now unsealed affidavit http://statelaws.findlaw.com/michigan-law/michigan-rape-laws.html

Cosby swore to in 2005, he confessed to giving drugs to one woman and getting drugs for other women he wanted to have sex with. This is smoking gun confirmation of what legions of his alleged victims claimed and that was that Cosby plied them with drink and drugs before he sexually waylaid them.

In light of Cosby's testimony, Michigan prosecutors have ample grounds for opening a criminal investigation into Cosby's role in the alleged rape in that state. But even if they don't, the public knowledge it's important to know that there are some states in which men such as Cosby allegedly commit rape can be prosecuted no matter how many years pass since the alleged crime. This also renders false the notion that a Cosby can skip away scot free no matter where an alleged rape or sexual assault happens if they just play for time.

This also brings up the deeply troubling question of why Cosby's alleged victims kept silent for so long.

The Iowa Law Review, in March, 2014, gave an answer. It found that rape is routinely underreported in dozens of cities. The rape claims were dismissed out of hand with little or no investigation. The result was there were no report, no statistical count, and no record of an attack. The study zeroed in on the prime reason for this, namely disbelief. It's that disbelief that shields, many men, especially rich, powerful, Olympian-like celebrity icons such as Cosby from legal harm. They are reflexively believed when they scream foul at their accuser. They lambaste them as liars, cheats, and gold diggers, or ridicule and demean them as sluts. If things get too hot, they toss out a few dollars in hush money settlements and the screams are even louder that it was all a shakedown operation in the first place and the victim is further demonized.

Cosby is the classic textbook example of how men who are alleged to commit rape routinely get away with it. Contrary to the non-stop slanders of his accusers, some did go to the police, attorneys, and their agents at the time he allegedly victimized them. But they quickly ran up against the wall of suspicion, indifference, and flat-out contempt and blame. Decades later when they again came forth little had changed. They have been hit with the same wall of suspicion, ridicule, snickers, and even wisecracks about their motives and morals.

Fortunately, that's changing. The Cosby rape allegations have stirred a mild soul search on the part of some state legislators about how the law treats rape in their states. This means zeroing in on scrapping the time limits on the statute of limitations. Kansas in 2014 dumped its limitations statue, and legislators in Ohio considered it. Almost certainly, the new Cosby bombshell will cause even more states to rethink their time statutes on rapes. As it now stands there's comfort in knowing that a Cosby can be prosecuted in many states for rape no matter when he allegedly committed the crime. It's just as comforting to know that that could even include Cosby.

Earl Ofari Hutchinson is a nationally acclaimed author and political analyst. He has authored ten books; his articles are published in newspapers and magazines nationally in the United States. Three of his books have been published in other (more...)
Related Topic(s): Cosby-Bill; Rape; Rape, Add Tags
Add to My Group(s)
Go To Commenting
The views expressed herein are the sole responsibility of the author and do not necessarily reflect those of this website or its editors.