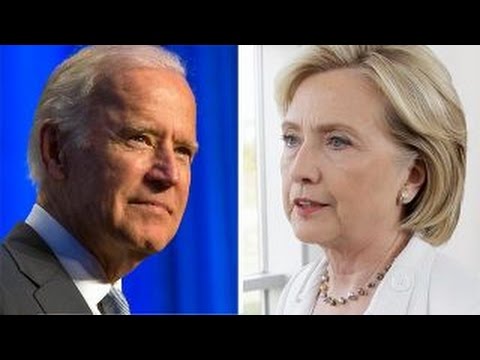 Joe Biden's support for the Iraq War and the key role he played as head of the Senate Foreign Relations Committee in getting the war authorization through the Democratic-controlled Senate not only has made him unpopular within the party's progressive wing, but has also raised serious questions regarding his electability. Biden's decision to limit hearings prior to the Authorization for the Use of Military Force to just a day and half, stack the witness list with war supporters and block testimony by prominent war opponents; his false statements about Iraq's military capabilities; and his defense of the invasion long after inspectors returned after finding none of the proscribed weapons as well as his recent denials raise disturbing questions across the ideological spectrum as to how he would conduct foreign policy as president.

Should Biden get the presidential nomination, it could cost the Democrats the White House.

What happened to Hillary Clinton four years ago could be a harbinger of what could happen to Biden this fall. Despite distancing herself from her earlier pro-war position, Clinton's support for the war authorization not only led to her surprise defeat in the 2008 Democratic primaries to Barack Obama, who repeatedly challenged her judgement in supporting President George W. Bush's policies, it cost her the 2016 general election as well.

Throughout 2016, Donald Trump was able to attack Clinton from the left over her support for the Iraq War, the Libyan intervention and other unpopular projections of U.S. military force. Despite having actually supported the invasion of Iraq and intervention in Libya himself, Trump was largely successful in depicting himself as having opposed these controversial actions and in portraying Clinton as a reckless militarist who, as president, would waste American lives and resources on unnecessary, tragic and seemingly endless overseas entanglements.

Recognizing that more traditional Republican hawks would not support a Democratic candidate regardless, Trump was able to take advantage of the growing isolationist and anti-interventionist sentiments among conservatives, libertarians and centrists to consolidate his base. In addition, he was also able to reinforce the unease among progressive Democratic-leaning voters over Clinton's pro-interventionist positions, thereby suppressing turnout and encouraging third-party support in some key swing states that made the difference in his Electoral College victory.

Trump's critique of Clinton's hawkish foreign policy resonated with millions of Americans, many of whom naively believed he would be less inclined to embroil the country in such wars. White working-class communities in states such as Iowa, Wisconsin, Ohio, Michigan and Pennsylvania which had suffered greatly from sending their children off to fight in these wars and saw their communities and public infrastructure suffer in order to pay for it tilted the balance in those states, which had gone to the anti-Iraq war Obama when he was the Democratic nominee. 2016 turnout among Black and millennial voters, who had also been hurt disproportionately by the Iraq War and subsequent interventions in terms of being sent to fight and cutbacks in domestic programs to pay for it, was much lower than when Obama headed the Democratic ticket. And support for the antiwar Green and Libertarian parties which more than made up for Trump's margin of victory in those states was much higher than in the previous election cycles.

An analysis of voting data demonstrates that areas of the country which experienced the largest amount of casualties from the wars in Afghanistan and Iraq also experienced the most dramatic shift from Democrat to Republican between the 2008 and 2012 elections and the 2016 election, when the Democrats nominated a supporter of the Iraq War after twice nominating a war opponent. The analysis concluded:

"Even controlling in a statistical model for many other alternative explanations, we find that there is a significant and meaningful relationship between a community's rate of military sacrifice and its support for Trump. Our statistical model suggests that if three states key to Trump's victory Pennsylvania, Michigan, and Wisconsin had suffered even a modestly lower casualty rate, all three could have flipped from red to blue and sent Hillary Clinton to the White House."

Trump was able to take advantage of these communities' losses and anger at the politicians who sent their young people to die in unpopular overseas wars by contrasting himself with both Clinton and his Republican rivals, saying, "Unlike other candidates for the presidency, war and aggression will not be my first instinct. You cannot have a foreign policy without diplomacy. A superpower understands that caution and restraint are signs of strength."

Trump scored surprisingly well, challenging both the neoconservatives and more traditional hawks among his Republican rivals, and later against Clinton through his "America First" rhetoric and criticisms of costly and seemingly never-ending overseas wars, particularly the decision to invade Iraq.

Claiming "our goal is peace and prosperity, not war and destruction," he attacked Clinton for her "reckless" foreign policy, which he claimed "has blazed the path of destruction in its wake. After losing thousands of lives and spending trillions of dollars, we are in far worst shape in the Middle East than ever, ever before." Trump gained support from voters across the political spectrum in his major foreign policy speech in June 2016, in which despite having actually supported the invasion of Iraq and intervention in Libya he portrayed himself as reluctant to use force and Clinton as a dangerous interventionist:

"It all started with her bad judgment in supporting the war in Iraq in the first place. Though I was not in government service, I was among the earliest to criticize the rush to war. And yes, even before the war ever started. But Hillary Clinton learned nothing from Iraq. Because when she got into power, she couldn't wait to rush us off to war in Libya. She lacks the temperament and the judgment and the competence to lead our country. She should not be president under any circumstances."

In another speech, he asserted that, "Sometimes it seemed like there wasn't a country in the Middle East that Hillary Clinton didn't want to invade, intervene in, or topple," accusing her of being "trigger-happy" and "reckless," and noting that Clinton's legacy in Iraq, Libya and Syria "has produced only turmoil and suffering and death." Critiquing Clinton's distorted economic priorities, he observed,

"The price of the wars in Iraq and Afghanistan will total approximately $6 trillion. We could have rebuilt our country over and over and over again. Yet, after all this money was spent and lives lost, Clinton's policies as secretary of state have left the Middle East in more disarray than ever before, not even close. Had we done nothing, we would have been in a far better position."

Stephen Zunes is Professor of Politics and International Studies at the University of San Francisco where he Chairs the Middle East Studies Program. Professor Zunes also serves as Senior Analyst at Foreign Policy In Focus.
Related Topic(s): 2020; Bernie Sanders; Donald Trump Lies; Hillary Clinton; Iraq War; Joe Biden; Millennials; Trump And Iraq; Trump Insults, Add Tags
Add to My Group(s)
Go To Commenting
The views expressed herein are the sole responsibility of the author and do not necessarily reflect those of this website or its editors.

Would Joe Biden, Like Hillary Clinton, Lose to Donald Trump Over the Iraq War?

Biden Has Defended US Allies' Use of Lethal Force Against Civilians