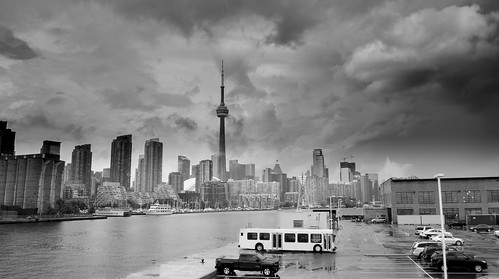 In planning a conference that is coming up in Toronto, I've been seeking out stories of peace and justice in Toronto and Canada. Wow are there a lot of them, as well as plenty of war and injustice as well. One of my favorites has got to be the story of Rubin "Hurricane" Carter. Terry "Typhoon" Swinton, who got his name from Carter, sent me a copy of the book he co-authored with Sam Chaiton in 1991, and co-lived with an amazing group of people from 1979 to 1988 -- while Hurricane lived it, if living is the word for it, buried alive for "something that he never done" from 1967 to 1985.

Here comes the story of the Hurricane
The man the authorities came to blame
For somethin' that he never done
Put in a prison cell, but one time he coulda been
The champion of the world
--Bob Dylan and Jacques Levy

Of course, Hurricane is not an entirely Canadian story. Hurricane was an American, wrongly imprisoned in New Jersey, played by Denzel Washington in a 1999 movie. But the family he acquired for the last several years of his imprisonment was mostly Canadians, living in Toronto, until some of them moved down to New Jersey. The book, Lazarus and the Hurricane, ought to be read in every history class in the United States, if not Canada and elsewhere. It ought to be as well known as Sacco and Vanzetti or the Scottsboro Boys, John Brown's last comments, or what Thoreau supposedly said to Emerson through the bars. Without ever dropping the story of the Canadians' struggle to free the Hurricane, the book provides a compelling portrait of the evils of mass incarceration, a critique of misplaced priorities in social policy, an analysis of race relations, a study of urban life, of international exchange, of the impacts of early education on later life, and of course of the U.S. "justice" system.

What it took to free the Hurricane included an abundance of overwhelmingly exculpatory evidence, but that alone would never have broken him out. It also included many millions of dollars worth of work donated free-of-charge by lawyers. But it's highly doubtful that alone would have ever worked. It also took major celebrity, public pressure, an international scandal, a song by Bob Dylan -- all of which may have helped generate some of the free legal work, but may have also further entrenched the criminal prosecution (a phrase I use to mean that the prosecutors were violating the law), and in any case dwindled away years before freeing anybody. Success also required that the prisoner himself be relentless, steadfast, intelligent, articulate, likeable, and able to make his case in his own book, The Sixteenth Round (1975).

But for that to have really helped Rubin Carter, he needed to attract the right people to his side. What it necessarily took to free the Hurricane was not entirely unlike what it has taken to free many others: a group of people, a family, dedicated night-and-day to trying everything possible to achieve justice.

To compete against the U.S. so-called justice system, which tried to kill Carter, wounded him, stole 18 years of his life, but did not defeat him, depended on the legal work, the research, the analysis of Carter himself and his Canadian family, a group of caring individuals who lived together in Toronto. Almost never will a collection of lawyers, no matter how many degrees they have or what level of status and celebrity, do what people who love each other will do. To sift through thousands of pages of lies and obfuscation and make sense of it, spot gaps, hire investigators to fill those gaps, spot forgeries, hire handwriting experts to confirm the forgeries, spot differences in the tail lights of types of cars, find and photograph at night those types of cars, etc., etc. -- that requires full-time well-off people in love with you. Nothing else will work.

Not everything the Canadians did with the Hurricane played a part in his ultimate exoneration. But without their and his drive and urgency, he might still be locked in a cage.

And we can be extremely confident that if each individual in prison today had a fulltime team of eight well-off, well-educated, dedicated liberators who loved him or her, a huge percentage of them would be freed. You could keep 10% of defense lawyers around for their particular knowledge and access, but the rest could move on to other careers. Just extrapolating from the percentage of prisoners whose cases involve DNA evidence who have been freed, we can be sure that there are hundreds of thousands of innocents in U.S. prison cells. And the right to habeas corpus that sprang Carter has been closed off to them. The climb out of that pit is higher now, but not insurmountable.

Of course, we could fill the pit in with dirt and free the prisoners. We could learn and grow rather than repeating tragedies over and over again. We have a world facing growing militarism, rising fascism, ever-more-corrupt plutocracy, and environmental collapse that includes actual hurricanes. There are not eight extra humans, well-cared-for and available to love and rescue each of us 7,636,976,871 people on the planet, and where would we fit them, without eight spare earths nearby? Instead, each of us who is able has to be part of the rescue team of many others, some of whom may, in turn, be on our rescue team. We have to collectively and selflessly work together cooperatively, without any let-up or discouragement, until we free, not one wronged person, but a whole wronged species, our whole human potential to be as courageous and determined and wise and forgiving as Rubin Carter was able to be.

David Swanson is the author of "When the World Outlawed War," "War Is A Lie" and "Daybreak: Undoing the Imperial Presidency and Forming a More Perfect Union." He blogs at http://davidswanson.org and http://warisacrime.org and works for the online (more...)
Related Topic(s): Toronto, Add Tags
Add to My Group(s)
Go To Commenting
The views expressed herein are the sole responsibility of the author and do not necessarily reflect those of this website or its editors.