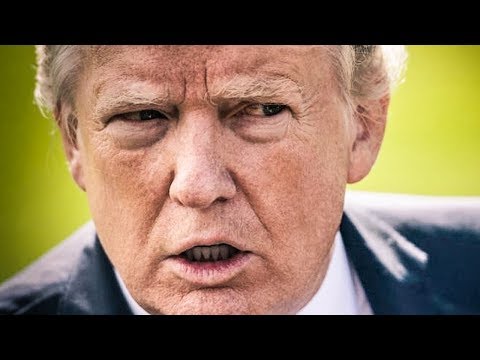 Donald Trump went into an unhinged tirade on Twitter
(Image by YouTube, Channel: The Ring of Fire)   Details   DMCA

Forget about Donald Trump and Mike Pence. Andrew Cuomo is now the acting President of the United States.

Trump continues to think that the job of president is "reality show moderator in chief." Andrew Cuomo, on the other hand, the governor of New York State and a former member of Bill Clinton's cabinet, has been doing a morning update every day this week with facts, figures, and reassuring stories about his own family. He has been showing us what humanity, decency, and competence look like.

CNN, MSNBC and even Fox News are carrying Cuomo's morning updates live nationwide. Now that America has figured out that not only has Trump been lying to them for years but that the Republican Party and their trickle down economics for the past 40 years has been a scam, the country is turning its back on Trump and the GOP.

Every time Trump speaks, the stock market goes down even more and faster. America now gets it. In Brazil, the people are demanding that right wing president Jair Bolsonaro step down because he did the same thing Trump has done in failing to prepare for a crisis that was obviously coming and then lying to his people about it for months.

Soon we will see demands that Trump step down and let somebody who actually knows how to run a government replace him. It can't come fast enough.

Related Topic(s): Crisis; Cuomo; Stepping Down; Trump Against Democracy; Trump Bigotry; Will Of The People Public, Add Tags
Add to My Group(s)
Go To Commenting
The views expressed herein are the sole responsibility of the author and do not necessarily reflect those of this website or its editors.