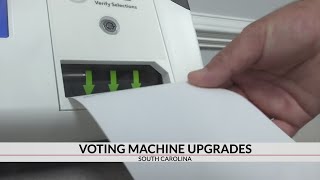 Deploying new voting systems in 2020's presidential caucuses and primaries is turning out to be more complex than regulators overseeing several high-profile states anticipated, raising questions about whether these systems will be ready or should be used.

There are different issues facing the party and state regulators overseeing these contests. But they revolve around ensuring that voters' choices will be accurately recorded and can be verified by the voter, and what form of paper record will be produced for voters and the election administrators -- either a ballot summary or a hand-marked ballot.

When the Rules and Bylaws Committee (RBC) of the Democratic National Committee met in Washington on July 30, there was no public discussion about the ongoing review of the telephone voting option that state Democratic parties in Iowa and Nevada want to offer to voters who will not be present at precinct caucuses. Instead, the RBC members received a closed breakfast briefing from the DNC's technical, security and data staff about the states' proposed "virtual caucus" systems, which are still being built.

Meanwhile, in North Carolina, where one-third of the state uses paperless voting systems that were to be replaced by 2020, a Democratic-majority state Board of Elections (BOE) changed one part of their certification standards after protests by voting rights activists, raising questions about what kind of system might be deployed for March's primary.

Activists for voting rights and election transparency don't want those paperless counties to acquire a new computer system where the voter would input their choices via a touch screen, which, in turn, would produce a paper ballot summary card including bar codes. The system would then scan those summary cards -- with the bar codes -- to tabulate results. Activists fear the absence of hand-marked ballots can lead to corrupted results.

The state BOE adopted ambiguous wording opposing the use of bar codes on the ballot summary cards on July 29 -- although its wording did not oppose using those very same systems to print human-readable ballot summary cards. A day later, the BOE chair was forced to resign after telling a crude joke at a state conference of election officials, most of whom were women. North Carolina's Democratic governor will appoint a new chair, and the panel is slated to revisit its bar-code ban on August 23.

However, in both instances, there is a common underlying question: Will new, unfamiliar and trustable voting systems be ready for use in 2020's early presidential contests?

Into the Deep at the DNC

In Democratic Party caucus states, state party officials are publicly optimistic. But there are some big details that have not been worked out, let alone field-tested by analysts who are not the vendor. Those steps come before the public education aspects of introducing any new system. These challenges are not insurmountable, but neither are they trifles.

One topic at the closed DNC Rules Committee briefing, according to those present, was creating a paper record of votes by all caucus participants, including by those using their telephone keypad to rank presidential candidates. The party's 2020 rules require a voter-verified paper record be created for use in possible recounts.

How to accomplish this task is at the heart of one of the biggest controversies in voting circles today. Activists, from voting rights advocates to election attorneys specializing in recounts, argue there is no substitute for human-marked paper ballots to create a record showing voter intent. However, many voting system manufacturers -- and local election officials -- don't want to deal with interpreting sloppy ink marks in recounts. They have embraced an interface that prints out a paper ballot summary interpreting voter intent.

In short, this debate revolves around the question of what a ballot record is going to be in the early 21st century. Because the state Democratic parties in Iowa and Nevada running their presidential caucuses are overseeing a non-governmental process, they are building a new voting infrastructure from rented customized components. The states parties plan to offer a remote voting option via a telephone-keypad and email-based system.

Steven Rosenfeld  covers democracy issues for AlterNet. He is a longtime print and broadcast journalist and has reported for National Public Radio, Monitor Radio, Marketplace,  TomPaine.com  and many newspapers. (more...)
Related Topic(s): 2020 Elections; Democratic; Elections; Internet; Scanners; Voting; Voting Laws State; Voting Machines; Voting Technology, Add Tags
Add to My Group(s)
Go To Commenting
The views expressed herein are the sole responsibility of the author and do not necessarily reflect those of this website or its editors.