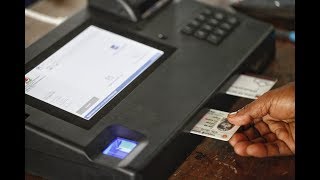 Could we actually get a ballot count in 2020 that would be fair and reliable?

There are now computerized voting machines producing digital ballot images that could help make that possible. But some election officials don't want to make the best use of them ... for reasons that aren't often clear.

The stakes could not be higher. And confirming the use of reliable, verifiable methods of casting and counting ballots in 2020 and beyond will require a huge grassroots effort.

A dozen years ago (in the wake of the Florida 2000 fiasco that put George W. Bush in the White House), paperless touch-screen "black box" voting machines spread throughout the US. Ronnie Dugger, the legendary editor of the Texas Observer, told me at an Ohio hearing that these machines "were perfectly designed to steal elections."

They clearly swung many an election (including Ohio 2004 and Michigan 2016) where local officials could make the outcomes be whatever they wanted. (A computer professor recently hacked one of those machines to play the University of Michigan fight song.)

Many are still in use, and could impact the 2020 vote count. But DREs are gratefully going extinct. Many have been replaced by paper-ballot-based systems.

Many election protection activists strongly question anything other than hand-cast and hand-counted paper ballots, and for good reason. This new generation of machines may solve some key problems by using a mix of paper ballots and more transparent, independent systems to do vote counts. Needless to say, they will be VERY carefully scrutinized going forward.

Here's how they work:


Many election protection activists are closely watching the LA system, which is different from other ballot marking devices. If the computer code is open to public scrutiny, hacking the digital images becomes pretty tough. Mal-programming can happen, but it isn't easy and could be detected, both by inspection of the source coding and a re-check against the original ballots. (On the other hand, the expense of the BMDs as opposed to simple pen/pencils will remain an issue.)

If they're reliably preserved (as required by federal law) the ballot images can be quickly inspected in a close and/or disputed election.

The paper ballots themselves provide an obvious backup for reliable recounting. But the chain of custody must be carefully protected for the required 22 months (i.e., nobody unauthorized can be allowed to get their hands on them, as happened in Ohio 2004 and elsewhere).

States and counties covering as much as 85% of the nation's voters are expected to use paper ballot-based systems in 2020. The systems are not uniform; there's a wide variety in play.

Related Topic(s): 2020 Elections; Ballot_measures; Democracy; Digital Voting Machines; Images -Photos, Add Tags
Add to My Group(s)
Go To Commenting
The views expressed herein are the sole responsibility of the author and do not necessarily reflect those of this website or its editors.