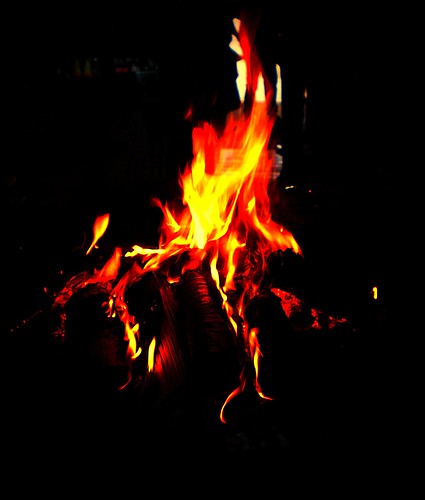 I was always an empath and (growing up in the 50s) responded to the collective psychosis of the Cold War years by weathering horrendous hallucinogenic nightmares, like a leaf on a stormy sea - whenever I was ill, which was frequently because we played in a stream of untreated sewage, south of the University of Conn. But when not ill, I experienced a merging with the natural world, thanks to my mother, who pretty much raised me, while my (brilliant but repressed) father raised my (older) brother, Dave.

I turned my father on to Jung in 1974, a few years after his early retirement from UConn. He became a certified Jungian and was a practicing analyst for 30 years until a few years before his death.

I want to share some threads of my biography:

#1 I only started being able to navigate my psychic landscape when I grew into my poetic shoes. . .I say shoes because initially I swallowed poets like TS Eliot, Yeats and Rilke whole, around the age of 17 (as well as the French Surrealists and the imagists). Almost overnight I started writing original poetry, copping their language (wearing their shoes). I assimilated them. These worthies opened me to the power of metaphor. It was as if I was channeling. I was writing precociously about archetypal worlds; mythic, epic scenarios played before my visionary eye and flowed forth. The archetypes began healing me long before I knew what archetypes were.

From then on poetry went ahead of me, clearing my way into the world. Poetry was in my DNA.

#2 I became passionate about Jungian Psychology as an undergrad at Hampshire in '73 (first graduating class). Within about 5 years I had read and comprehended everything he wrote (his Collected Works) and was deep into analysis and shadow work (at 22) and my journey of individuation, making up for lost time.

#3 Thanks to my mother, I was always drawn to Native American spiritual practices, identifying with their close relationship to the ancestors, nature and the land. For example: It was easy for me to study geography in highschool while secretly embracing the idea that we are living on the back of a giant turtle. When I graduated from highschool with my low lottery number I applied for a conscientious objector draft deferment and traveled to the Navaho Reservation where I tutored Indians and wrote my manifesto, age 19.

#4 I lived in the streets in Santa Cruz, age 28, partly because I already felt homeless in my native land. Being literally homeless was my way of seeking balance and buying / stretching time. Living outside, one is off the clock.

#5 In 1981 - 82 I self-published a book of poetry that was somewhat prophetic titled "The Blue Man". This was way before the all-male pop-group of the same name, popularized that tag. You probably aren't aware that Black Elk, in his 9-year-old world vision, did battle with the spirit of the Blue Man, a powerful spectral-archetype that has popped up periodically in visionary history and mythologies of both Eastern and Western cultures through the ages. As an archetype, it means slightly different things Age-to-Age. I was not aware of this when I wrote The Blue Man. It was simply an archetypal spirit that was haunting me in dreams and in waking visions - a worthy nemesis. In writing this book (these poems, age 29-30), I was, in a sense, taking on this archetypal spirit, via my poetic-persona. I had to, or I would have suffered a break-down.

The Blue Man for Black Elk was a spirit-manifestation of devastating drought. In my case it represented the extractive, rapacious, world-polluting, militaristic, Earth-exploiting, self-aggrandizing, soulless, insidiously rising surveillance state that was ascending in the guise of figure-heads like Reagan who served as the fathers of a new fully weaponized brand of capitalism that was granting itself a free pass to dominate the globe.

Related Topic(s): Ancient Spirituality; Spirituality, Add Tags
Add to My Group(s)
Go To Commenting
The views expressed herein are the sole responsibility of the author and do not necessarily reflect those of this website or its editors.