Click Here to Remove All Ads
In his newest diary Clay Claiborne, longtime activist, documentary filmmaker and, among other things, blogger for the Daily Kos, takes the analytical scalpel to a recent Chris Hedges "doom and gloom" article on Libya circulating the Internet .

On September 5th, Chris Hedges wrote a very pessimistic article on Truthdig titled Libya: Here We Go Again. His title reflects the very common view among many on the left in the US that whatever happens in Libya, as with the rest of the world, it's all about the United States. This is also the view held by CCDS and numerous other "left" groups that Libya is just like Iraq [from the US POV] and "we've been through this movie before." In other words, same old stuff, nothing new to see here. Nothing to learn. Whatever the Libyans may have accomplished or are trying to accomplish is not nearly so important as what Hedges thinks the US government wants, and therefore will get, out of the Libyan revolution.

To understand why Hedges is promoting such a pessimistic outlook on the future of Libya, we must, for the moment, skip over the garbage that constitutes the body of his article and "cut to the chase" in the last paragraph where he calls for foreign "boots on the ground", which we will review in full:

The vendettas in Libya have already begun. Government buildings in Tripoli have been looted, although not on the scale seen in Baghdad.

And we might add to that, not even on the scale recently seen in London. As @libya20 tweeted on August 26, "Looting in #Tripoli was much less than that in #London despite there is no police in Tripoli and a lot of them in London" While Qaddafi's luxury villa may have been ransacked and looted and the western media has been throwing up a scare about suspected looting of arms depots, there has been almost no looting of the type that is common in western cities as soon as law and order breaks down. Did Hedges call for a UN "peacekeeping" force to be dispatched to London?

Although there have been exaggerations in the pro-Qaddafi press, this has been a real problem which the NTC is starting to deal with but as I noted in Racism in Libya, it's not exactly a problem that is new in Libya. Did Hedges call for a UN "peacekeeping" force when 150 black Africans were slaughtered in Tripoli in 2001 and hundreds of thousands were interned in Qaddafi's desert detention camps?

Suspected Gadhafi loyalists or spies have been tortured and assassinated. These eye-for-an-eye killings will, I fear, get worse.

While excesses and atrocities can be found on every side in every war, there is no widespread evidence of "torture and assassination" among those captured by the revolutionary forces. Al Jazeera reported on the same day Hedges published his piece:

In recent days, fighters said they had conducted sweeps through the capital and acted on informants' tips to carry out the targeted arrests of ex-regime members.


The arrests of confirmed Gaddafi loyalists, however, have been limited. Some former high-ranking officials claimed they turned themselves in, including Abdelati Obeidi, former foreign minister, and Jibril Kadiki, former deputy commander of Gaddafi's air defence forces.

Imagine that! Qaddafi loyalists turning themselves in to be "tortured and assassinated." Too bad they didn't check with Truthdig before they made that fatal error. I'm surprised Obeidi is still among the living.

As to Chris Hedges' "fear," I will address that shortly and show that it has absolutely nothing to do with the current situation in Libya.

The National Transitional Council has announced that it opposes the presence in Libya of U.N. military observers and police, despite widespread atrocities committed by Gadhafi loyalists.

Yes, the NTC has very wisely refused any UN or NATO "boots on the ground" and with a little help from NATO and Qatari air power, they have in six months reduced the area in which Qaddafi loyalists are free to commit atrocities to three small and surrounded areas, and there is no reason to believe they can't now finish the job in a month or so without foreign "boots on the ground."

The observers and police have been offered to help quell the chaos,

The chaos which seems to exist only in the minds of those that need it as an excuse for sending in the marines. Imagine the courage of the stream of international heads of state and other dignitaries who have braved the "chaos" to visit Libya's liberated capital, not to mention the courage of ordinary Tripolians who are starting to get back to their normal lives. Yesterday September 17th, was the first day of the school year in Libya and at least some schools started on schedule. 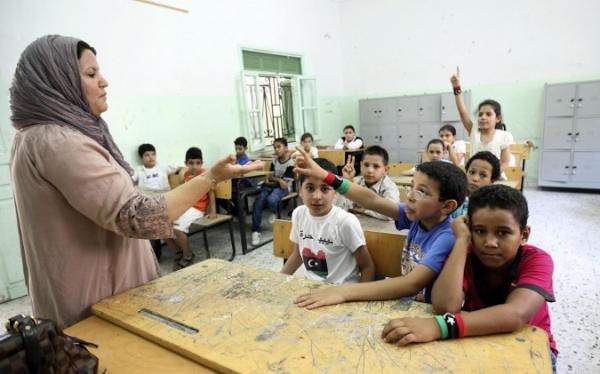 
train new security forces and provide independent verification of what is happening inside Libya.

Because now that Qaddafi is gone, Libyans obviously can't be trusted to run their own country. Clearly from this we can see that Hedges doesn't think the Libyan forces that won the civil war can secure the peace but by what logic does the "socialist" and "anti-imperialist" Hedges conclude that a UN force would be "independent?" Independent, perhaps, of the will of the Libyan people, but certainly not independent of the machinations of the NATO imperialists.

But just as Gadhafi preferred to do dirty work in secret, so will the new regime.

What exactly is the basis of this charge? Is the Internet still being blocked? Have there been any restrictions to freedom of the press in liberated Libya? By most accounts the people of Libya and the press have been enjoying a freedom there that they have not known for 42 years. If anything, I think they need to tighten up on the "freedom of the press" a little because while I was very pleased to see the work product of the Qaddafi-era documents that an Al Jazeera reporter smuggled out of the state security building showing the close relationship between the Dennis Kucinich and the Qaddafi regime, I thought it bad that they had been left unguarded and available for the taking. Perhaps that is the 'looting of government buildings' to which Hedges is referring?

He ends his piece with a final shot of cynicism, indicating that he, with his infinite experience in world affairs, doesn't think anything will change or can change.

It is an old truism, one I witnessed repeatedly in Latin America, Africa, the Middle East and the Balkans, that yesterday's victims rapidly become today's victimizers.

Well Chris, you have never witnessed a revolution like this before!

So the bottomline is that Chris Hedges is pushing for UN forces on the ground in Libya. He must now be a little embarrassed that a week after he called for them in Libya, UN "peacekeepers" have been charged with rape in Haiti. He should also know, given his extensive experience in the 3rd world, that a UN "peacekeeping" force will in reality do little to keep the peace. Witness the bang up job they did in the Cote d'Ivoire. What they really represent is an opportunity for the great powers, which control the UN and will determine the composition and real agenda of any UN mission to get imperialist "boots on the ground" because as has been point out by a US defense analysts "it may be difficult to cement any victory in Libya without ground troops."

I will not critique the body of his article in the same way. You see how tedious it has been to set right just this last paragraph. However, I will run through a few of the main points so you will understand that I am not being mean when I call it garbage.

I am a student of history, religion, exoteric and esoteric, the Humanities in general and a tempered advocate for the ultimate manifestation of peace, justice and the unity of humankind through self-realization and mutual respect, although I am not (more...)
Related Topic(s): Liberation; Liberation; Libya; Libya Revolution; New Libya; Post-gaddafi Libya; Progressives, Add Tags
Add to My Group(s)
Go To Commenting
The views expressed herein are the sole responsibility of the author and do not necessarily reflect those of this website or its editors.