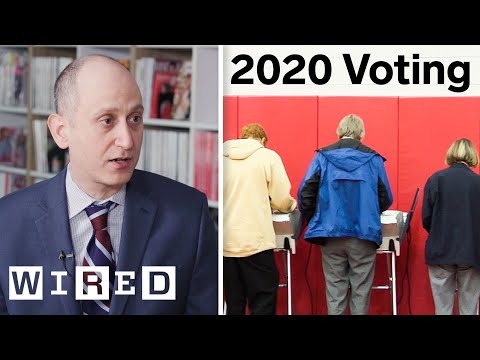 Americans who want to vote this fall should make a plan, including what to do if something goes wrong --such as their requested mailed-out ballot does not arrive or is late -- according to a range of election experts and grassroots activists.

"Pre-pandemic, we could all stop at the grocery store without having to think about it. Now we all have to make a plan," said David Becker, executive director of the Center for Election Innovation and Research. "Similarly, voters are going to need to make a plan that they haven't necessarily had to do before."

"We must change our language from '[the] November Election,' 'Election Day,' and 'November 3rd' to 'the fall election' or 'the general election,'" says Mimi Kennedy, an actress and activist on the board of Progressive Democrats of America, in a voter guide that suggests making a calendar that starts with checking one's voter registration information. "All voting requires advance planning from now on."

This voter-centric advice contrasts with much recent media coverage surrounding voting this fall. Those narratives have been dominated by President Trump saying he might not accept the results, predictions of November meltdowns, and the question of whether or not Congress will appropriate more funds for the fall's state and local elections.

Stepping back, experts like Becker say that the landscape and options for voting this fall are mostly known. The smartest course is for voters to think about making plans to vote and for election officials to anticipate that there won't be many more procedural changes.

Voters have three options this fall: Voting with ballots that are mailed to their home; voting early, in person; and voting in person on Election Day, November 3.

Within these three choices is a second set of decisions. If you receive a ballot by mail, do you have to return it by mail? Or can you return it in person? The return choices typically are a mix of drop boxes, early voting sites, Election Day sites and election offices. Election rules vary among states and counties, but details can be found on government election websites.

Voting starts with registration (in all states except North Dakota, which does not require voter registration). Kennedy's voting guide suggests that voters check their registration information after August 5. That's 90 days before November 3, after which it is illegal to remove voters from the rolls. September is "Order Your Mail Ballot Month," Kennedy advises. October is the month to "Vote Your Mail Ballot" or vote early in person.

"We've made a Voters' Calendar for the Voting Season," Kennedy says. "It stretches our attention span so high-turnout elections can become a task that mere mortals can perform."

The newest reason why it is more important than ever to verify one's registration status is because registration forms include information that determines how election officials will be contacting voters this fall. That's the address to which ballots will be automatically sent in some states. It's the address to which applications for a mailed-out ballot will be sent in other states. This information is what's used to check in voters at polls and validate all of the ballots that are filled out at home and returned to election officials.

Becker suggested that whenever possible, voters use government websites to interact with election officials for several reasons. First, voters should directly engage with the officials who will issue and count their votes, he said. Second, these websites and their data are likely to be more secure and accurate amid an environment that is seeing increasing disinformation. The National Association of Secretaries of State has a "Can I Vote" portal that redirects voters to their official state sites to solve most issues.

Looking past the registration stage, voters will have to decide how they want to vote -- with a mailed-out ballot or in person. This spring, many election specialists assumed that voting from home would solve the unexpected challenges of voting in a pandemic. But spring and summer primaries have shown that many voters, especially in cities, want to vote in person. Thus, the options for the fall are a mix of voting by mail or in person: either early or on Election Day.

"Decide if mail voting is for you. Mail voting might not be for you," Becker said. "If you haven't filled out [absentee] ballots often, if you don't feel confident about mail delivery in your area, mail voting is probably not for you... Do what's right for you. That's really important."

If your mailed-out ballot doesn't arrive within a week of Election Day on November 3, then shift gears and be prepared to find an early, in-person voting center.

Steven Rosenfeld  covers democracy issues for AlterNet. He is a longtime print and broadcast journalist and has reported for National Public Radio, Monitor Radio, Marketplace,  TomPaine.com  and many newspapers. (more...)
Related Topic(s): Voting; Voting Rights; Voting-machine Errors, Add Tags
Add to My Group(s)
Go To Commenting
The views expressed herein are the sole responsibility of the author and do not necessarily reflect those of this website or its editors.