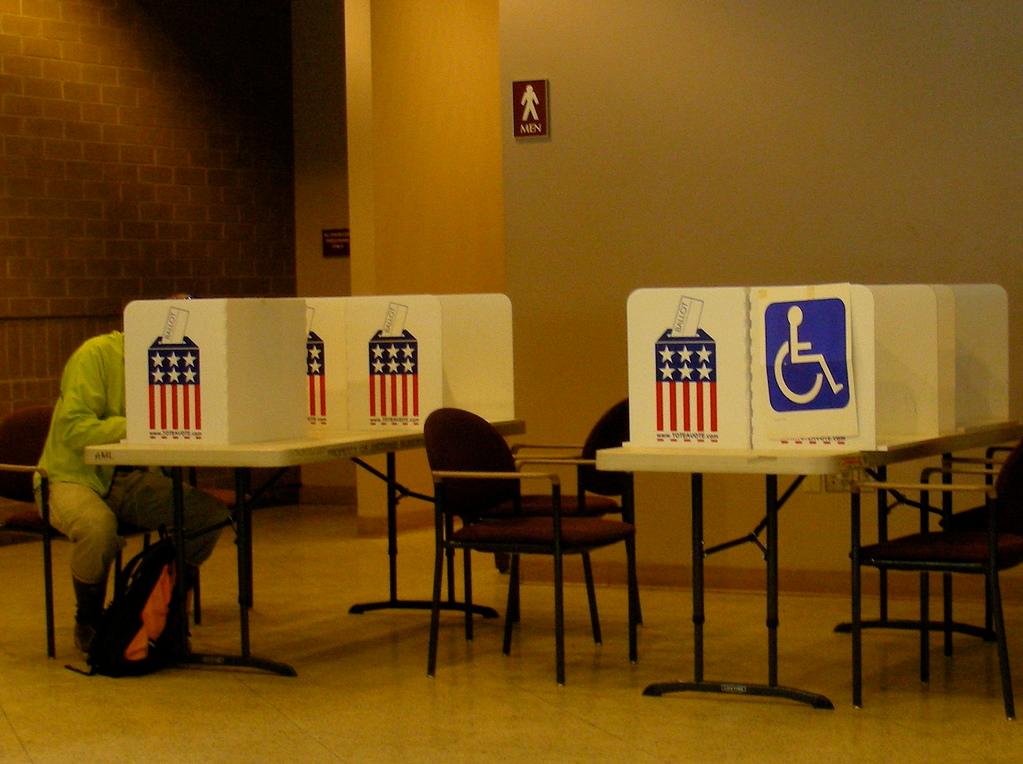 The DNC will not debut smartphone voting in Alaska's 2020 party-run presidential primary, following a top DNC committee's similar decision for other internet-based voting options for Iowa and Nevada's presidential caucuses.

The decision was announced at the DNC Rules and Bylaws Committee meeting on Friday, after a private foundation that was poised to fund the smartphone voting exercise informed Alaska Democratic party officials that they were withdrawing from the project because of a lack of support from the Rules panel.

"Based on our previous experience conducting mobile voting pilots in West Virginia, Denver, Utah and Oregon, we have learned that we need enthusiasm and the full commitment from all our partners and elected officials," wrote Sheila Nix and Bradley Tusk of Tusk Philanthropies, in an October 18 letter to Alaska Democratic Party Chair Casey Steinau and party leaders. "While some members of the RBC have been very supportive, there does not seem to be unanimous consensus on the benefits of this voter expansion to allow the pilot to move forward effectively. Therefore, we are no longer able to participate in this pilot."

Earlier in the week, Alaska party officials and representatives working with the smartphone voting system vendor, Voatz, met in executive session with the full Rules Committee. At that meeting, Steinau reiterated that the mobile voting option was intended to help Alaskans in remote locations, including Native Americans, participate in 2020's presidential primary.

But several longtime RBC members expressed a range of reservations, from cybersecurity and disinformation concerns -- following recent Senate Intelligence Committee reports about ongoing threats from abroad -- to the system's specifics, such as taking a video selfie as one step toward authenticating a voter's identity. Voatz's system ties individuals to their digital devices, ensuring only that person can cast and verify their ballot.

Friday's Rules Committee meeting did not discuss pros or cons of smartphone voting -- as Tusk's decision to withdraw ended further discussion. Instead, Alaska will offer an early voting-by-mail option, as well as 40 in-person voting sites next April. Steinau told the panel that these steps would boost participation, but also asked for financial support from the DNC.

What wasn't said at Friday's meeting was how it capped a highly contested lobbying effort by proponents and opponents of using smartphones as ballot-marking devices, which is what the Voatz system offers. Unlike proposals in Iowa and Nevada to debut an entirely new telephone keypad-based system (with a related app for every Nevada precinct chair), Voatz's system was fully built and has been used in federal, state and local elections involving hundreds of overseas civilian and military voters.

However, the DNC's technology staff was skeptical of any new system where the internet was involved in voting and transmitting ballots. The DNC staff convened outside experts who shared that view, including academics associated with Verified Voting. The advocacy group has long opposed internet voting, but endorses the newest voting systems where computers record and print ballots.

Last November in West Virginia, Voatz caught a student of one computer science professor associated with Verified Voting who was trying to hack its system -- triggering an FBI investigation. But that incident, which Voatz said showed that its security worked, was the kind of fray that the Rules panel wanted to avoid.

With Friday's action, the panel has mostly concluded a challenging pre-presidential season. Last December, it issued 2020 rules telling state parties running caucuses or primaries to offer internet voting to increase participation. Iowa, Nevada and Alaska all embraced that charge. The 2020 rules also required paper trails of ballots, and an audit and recount capability. Remote voting would have been the biggest change in the nominating process in 50 years.

What the Rules Committee learned was how hard it was to build new voting systems, from designing them to testing, training and deploying them. Before nixing Iowa's and Nevada's telephone voting plans, co-chair James Roosevelt Jr. said that he had a commitment from DNC Chairman Tom Perez to create a post-2020 committee to study remote voting options for 2024.

Thus, the prospect of smartphone voting is not going away. The delegates elected to the DNC's national convention proportionately represent every state's demographics. That mix includes growing numbers of young people, people with disabilities and others who likely would have used smartphones to participate next year.

But the Rules Committee could not agree that phone-based voting was sufficiently secure in 2020, not when facing Republicans like President Trump -- who routinely says elections are being stolen and would pounce on any issue with a new voting system -- and when other experts are citing ongoing security threats from abroad.

Steven Rosenfeld  covers democracy issues for AlterNet. He is a longtime print and broadcast journalist and has reported for National Public Radio, Monitor Radio, Marketplace,  TomPaine.com  and many newspapers. (more...)
Related Topic(s): Computers; Democratic National Convention; Smartphones; Trump; Voting; Voting Integrity, Add Tags
Add to My Group(s)
Go To Commenting
The views expressed herein are the sole responsibility of the author and do not necessarily reflect those of this website or its editors.