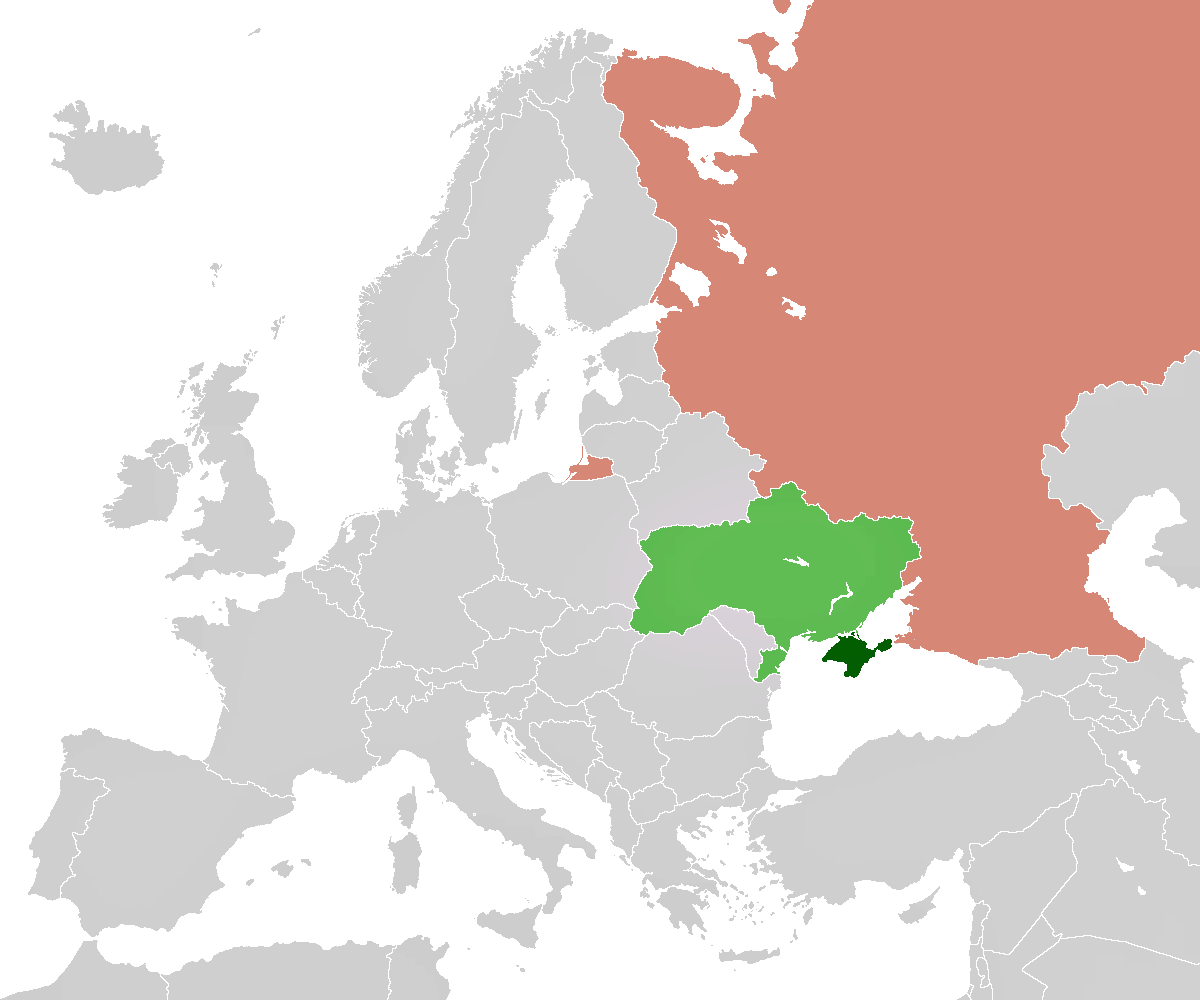 On March 24th, Ukraine's President Vladimir Zelensky signed what was essentially a declaration of war on Russia. In the document, titled Presidential Decree No. 117/2021, the US-backed Ukrainian leader declared that it is the official policy of Ukraine to take back Crimea from Russia.

The declaration that Ukraine would take back Crimea from Russia also followed, and was perhaps instigated by, President Biden's inflammatory and foolish statement that "Crimea is Ukraine."

US Secretary of State Antony Blinken, who was a chief architect of the US-backed coup against Ukraine in 2014, continued egging on the Ukrainians, promising full US support for the "territorial integrity" of Ukraine. Many Americans wonder why they are not even half as concerned about the territorial integrity of the United States!

Not to be outdone, at the beginning of this month US Defense Secretary Lloyd Austin - who previously served on the board of missile-maker Raytheon - called his counterpart in Ukraine and promised "unwavering US support for Ukraine's sovereignty." As the US considers Crimea to be Ukrainian territory, this is clearly a clear green light for Kiev to take military action.

Washington is also sending in weapons. Some 300 tons of new weapons have arrived in the past weeks and more is on the way.

As could be expected, Moscow has responded to Zelensky's decree and to the increasingly bellicose rhetoric in Kiev and Washington by re-positioning troops and other military assets closer to its border with Ukraine. Does anyone doubt that if the US were in the same situation - for example, if China installed a hostile and aggressive government in Mexico - the Pentagon might move troops in a similar manner?

But according to the media branch of the US military-industrial-Congressional-media complex, Russian troop movements are not a response to clear threats from a neighbor, but instead are just more "Russian aggression."

The unhinged US "experts" behind the 2014 coup against the elected Ukrainian president are back in power and they are determined to finish the job - even if it means World War III! The explicit US backing of Ukraine's military ambitions in the region are a blank check to Kiev.

But it is a check that Kiev would be wise to avoid cashing. Back in 1956 the US government pumped endless propaganda into Hungary promising military backing for an uprising against its Soviet occupiers. When the Hungarians, believing Washington's lies, did rise up they found themselves all alone and facing Soviet retaliation.

Despite the cruel US propaganda, at least Eisenhower was wise enough to realize that no one would benefit from a nuclear war over Budapest.

Why, for that matter, are unproven allegations of Russian meddling in our elections a violation of the "rules-based international order" but an actual US-backed coup against an elected Ukrainian government is not?

We are seeing foreign policy made by Raytheon and the other US military contractors, through cut-outs in government like Austin and others. Feckless US foreign policy "experts" believe their own propaganda about Russia and are on the verge of taking us to war over it.

It seems as if Americans are sleepwalking through this dangerous minefield. Let us hope they soon wake up before we're all blown up.

Related Topic(s): Ukraine; Ukraine Coup; Ukraine Phone Call Whistleblower; Ukraine Separatists; War In Ukraine; Zelensky Comedian Elected President Of Ukraine, Add Tags
Add to My Group(s)
Go To Commenting
The views expressed herein are the sole responsibility of the author and do not necessarily reflect those of this website or its editors.