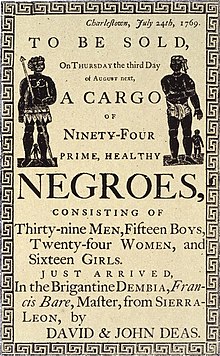 I know that white Americans are uneasy, or "dis-eased" when it comes to the tragedy of the forced black diaspora in the United States of Arrogance. I know that you are in a perpetual state of denial; for to accept reality, necessarily, requires you to exhibit a level of responsibility that you, heretofore, lack the character and courage to exhibit. To do so would mean that the entire house of cards on which you base your false sense of superiority would be blown away, and you would have to start anew on a level playing field and that frightens you. These things/denials are the prerequisites that you use, like a drug addict, to tell yourself you don't have a problem, that you are not "dis-eased". If the blacks would just be quiet, it was so long ago, I did not own slaves; why don't they just get over it and stop living in the past!

To that I always say: it is what it is, because it was what it was.

You see, white man (and woman), I would love to "just get over it". But, alas, I cannot. For I am constantly reminded of your kidnapping, enslavement, rape, exploitation and murder of my people. Every day, all day.

I am reminded when I see black people that come in more hues, hair types and eye colors than any other group of "Americans". There are black people with stringy hair (like white folks) and curly hair. There are black people that span hues from "light, bright and damned near white" to those of us so dark we could put fingerprints on charcoal. There is Mulatto, Quadroon, Quintroon and Octaroon. This manifestation is a direct result of the Slave Breeding Industry and, more specifically, rape. https://www.opednews.com/articles/Blackism-Human-Savings-Ac-by-Rohn-Kenyatta-Africans_Bank-Of-New-York_Bank-of-america_Bankers-190719-410.html

I am reminded when I hear the surname of most black "Americans" (get it "Suh"-Name). For most don't even know their ancestral names (and never will); like the previous anomaly, it is unique to only us and we are the only people in this country that have names that remind us that we are a white man's property. Go into any phone directory in any major U.S. city (you call it the "Inner-City") and you will find page after page of black people with the name "Johnson" as in "John's-son", as in "boy". You see, John was/is a quite common Anglo-Christian first name, and if you, as a black person, as property, as a "boy" were "owned" by John your name was John-son. Ironically, Johnson is not as common a last name for white Americans. Same with Robert, Thom, William, etc. Just add son, son. The fellow that lives a few doors down from me is a black man named "Hartmann". I am willing to bet that his African ancestors were not named "Hartmann". He will never know what their names were, or even where in Africa he came from. For Africa is not a country, it is a continent.

A culture, a way of life was systematically erased. You can wipe out a generation of people, you can burn their homes to the ground and somehow they will still come back. But if you destroy their names, their religions, their languages, the foods they ate, their customs, their achievements, their history, it's just like they never existed. Just ash floating. Lost, with no real home. A sociological disaster that neither they, nor both the witting and unwitting perpetrators of said disaster know how to reconcile.

I am reminded on this, the fourteenth anniversary of Hurricane Katrina, of how the U.S. government places no value on the lives of my people. Where they, literally, rotted on the streets of New Orleans for weeks. And when the United States government finally did show up to "help" those that had already been victimized by mother-nature, they stuck automatic rifles in their faces. Those that tried to get out of the doomed city were met with white, blackist slave patrollers (aka Police) that killed them for trying to leave.

I am reminded by a recent report that showed that the average familial wealth of a white family is 12 times that of a black family. Ergo, white families leave their descendants greater and greater wealth; while black families leave their descendants greater and greater debt. The irony of which is that without the kidnapped African, there would be no wealth for the white man to leave his descendants.

I am reminded by the fact that the demographic with the shortest life expectancy in the United States is the black man. The lifetime of constant stress (physical, environmental and psychological), despondency, poor diet and inferior health care brings about his untimely demise. My father, a man that was the proverbial "salt of the earth", a man that got on his knees and prayed every night, a man that served in the United States Marine Corp with distinction, a man who spent his entire adult life building airplanes at McDonnell-Douglas (now Boeing) was dead at age 56. His heart, literally, could take no more even though he had excellent health insurance and was one of few black men to receive a heart transplant. You see, there is even blackism in medicine in that black folks are typically way down on donor/recipient lists; especially for hearts.

I am reminded by Public Housing which serves as concrete prisons and concentration camps for black people across this country. These "reservations" or internal colonies are almost exclusively inhabited by my people and were designed for my people.

I am reminded by inferior schools that exist in every predominately black venue in this country; which helps remind me that it was illegal to teach my people to read and write. The only way out of bondage is education; for you are far more enslaved when your limbs are free but there are shackles and chains on your mind, than when you are physically chained.

I am reminded by a racially skewed justice system that sentenced a black man to 20 years in prison for having cocaine in a vehicle that was the property of the white boy driving it. The white boy was sentenced to three years probation and a "diversion" program. A "just-us" system that has absolutely nothing to do with justice and everything to do with how much money you have, and the color of your skin. The statistics bear out that if you are black you are more likely to not have the $50,000 to retain a decent attorney and will, thusly, get some arrogant, apathetic, overworked Public Defender who will never ask you "are you innocent?' But will, instead, tell you how lucky you are that he/she "cut a deal" that will take years off of your already abbreviated life. The fact that you attended an inferior school eliminates any option you have of defending yourself, for there is a reason that the law is essentially taught in a language that has been dead for 2000 years,

I am reminded by the fact that we, as a people, are still pursued and summarily executed by slave patrols (aka "Police"). Sandra reminds me. Tamir reminds me. Freddie reminds me. Oscar reminds me. Michael reminds me. Walter reminds me. Tony reminds me; and in not one case was the murderer brought to "justice". They all got rewarded with a paid vacation. In the case of 17 year old Trayvon Martin the sick, vigilante, racist that murdered him in cold blood sold the gun he murdered that child with for hundreds of thousands of dollars. I am struck that anyone would covet it...at all. I wonder if a black Person in America can assassinate a teenage white boy and sell the murder weapon for profit.

I am reminded by the Oklahoma State chant that "there willl never be a n-word SAE, you can hang him from a tree, but he'll never sign with me". I am reminded by Paula Dean, Donald Sterling, Hulk Hogan, Ted Nugent, Ralph Northam, Charlottesville and United States President Donald Trump.

Related Topic(s): Arrogance; Diaspora; Housing; Justice Delayed; Lynching; Money; N-word; Slavery-Forced Labor; Statistics; Truth, Add Tags
Add to My Group(s)
Go To Commenting
The views expressed herein are the sole responsibility of the author and do not necessarily reflect those of this website or its editors.