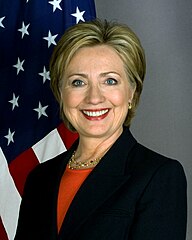 During the "summer of Trump," there's been a flood of negative news about Hillary Clinton. As a result, the race for the Democratic presidential nomination is closer than expected. There are five reasons why Hillary's campaign has faltered.

1. Donald Trump's candidacy has hurt Hillary. In the long-term, if Trump wins the Republican nomination, this should enhance Clinton's chances of being elected President: Trump's misogyny will underline the basic differences between the two candidates. Nonetheless, in the short term his candidacy hurts Clinton because he is running as an outsider. (It's no accident that two political outsiders, Trump and Ben Carson, lead the GOP field.) The Republican base is wary of Washington politicians. And this is true of voters, in general. One year ago, a Gallup Poll found that 81 percent of respondents trusted the government in Washington to do the right thing "only some of the time."

Most voters regard Hillary Clinton as a Washington politician -- an insider. Interestingly, Bernie Sanders, who has been in Washington far longer than Clinton -- 24 years -- is regarded as an outsider; perhaps because he is a self-declared socialist democrat and not the preferred candidate of the Democratic establishment.

The relentless focus on the Clinton emails has also meant the mainstream media (notably the New York Times) has emphasized this aspect of her campaign rather than the many positive proposals that Hillary has advanced. Media critic David Brock believes that the New York Times has become "a megaphone for conservative propaganda." On the day Clinton unfurled her plan to overhaul political campaign finances, The New York Times headline was that the Clinton campaign was retooling because of the email scandal.

(For the record, Clinton did nothing illegal by using a private email server while she was Secretary of State. It was a process that other government officials, such as President George W. Bush and Vice President Dick Cheney had used.)

4. Bernie Sanders wants to rein in Wall Street; Hillary Clinton doesn't. There are many similarities between the Clinton and Sanders policy perspectives. Both support Obamacare; both warn of the peril of global climate change; etcetera. They differ on the scope of Wall Street reform. Sanders says, "It is time to break up the largest financial institutions in the country." Clinton has been far more cautious on this subject.

5. Hillary is not "press friendly." In 1998, while she was still First Lady of the US, Hillary Clinton suggested that "a vast right-wing conspiracy" had long been conspiring against her and her husband. Many Democrats believe this is true (and attribute the relentless State-Department-Email news as a reflection of this conspiracy).

As a consequence, Hillary Clinton is guarded around the press. When she started her current campaign for President, she restricted access to her "listening" events. This incurred the animosity of reporters. Now, when she does give press conferences they are not well attended.

In contrast, Bernie Sanders and Donald Trump give press conferences all the time. And, as the new kids on the block, they get more positive coverage than Clinton.

Hillary Clinton's decline in the polls means her nomination is no longer a sure thing. To recover, Clinton should immediately address her campaign issues; she needs to: boost her favorability ratings; provide easier access to the press; and encourage more debates with Bernie Sanders and the other Democratic contenders.

Bob Burnett is a Berkeley writer. In a previous life he was one of the executive founders of Cisco Systems.
Related Topic(s): Hillary 2016; Hillary Clinton; Hillary Clinton; Misogyny, Add Tags
Add to My Group(s)
Go To Commenting
The views expressed herein are the sole responsibility of the author and do not necessarily reflect those of this website or its editors.