Whispers of sanity in the frenzy of madness

It was indeed refreshing to hear the views of Dr. Asghar Ali Engineer, a Right Livelihood award recipient, on the politics of terrorism. He rightly believes that terrorism is not born of any religion, but is the outcome of political situations.

In India, the demolition of the Babri Masjid triggered the spate of terrorist activities in the country. The Indian government’s pro America stance aggravated the situation further, with America getting a lot of flak for its activities in Afghanistan and Iraq . All this prepared the soil for volatile activities.

"We feel that that if the Babri Masjid had not been demolished and if the nuclear bomb had not been tested in 1998 then our country would not be facing the problem of terrorism today. The first bomb blast occurred in Mumbai in 1993 after the demolition of the mosque. After the nuclear test, the then BJP government adopted pro-America policies and in 2001, when America began the war against terrorism, India joined this US' war against terrorism without invitation. It was precisely at this time that we had the first 'terrorist' attack on the Indian Parliament. After this, there was a spate in terrorist activities in India , the latest being the recent daring attack in Mumbai. The communal politics of the country has fuelled hatred and violence. It has also endangered the sovereignty of our country. This communal politics is responsible for terrorist activities. It is not only the Pakistan fundamentalist Islamic organizations, but the Hindu fundamentalist organizations like Rashtriya Swayam Sewak Sangh and others, who are to be blamed for this" said Asghar Ali Engineer, who has himself faced attacks from muslim fundamentalist organizations for his stand against fundamentalism.

"Now our country also faces the danger of Taliban, which is slowly devouring Pakistan . We must learn from Pakistan the devastating effects of supporting fundamentalism. We strongly feel that unless the elected government of Pakistan become strong enough to control its army, intelligence agency and terrorist outfits, the fear of terrorism will loom across our borders" said SR Darapuri, a former IPS officer (retired Inspector General (IG) police) who is also contesting the Lok Sabha elections from the prestigious Lucknow parliamentary constituency on behalf of Lok Rajniti Manch (People's Politics Front).

The communal /caste politics being played by the various political parties of the country have added fuel to fire. This fire of hatred and communal violence is slowly engulfing the entire nation and the common citizens (aam aadmi) have been the worst sufferers as always. The shameful Godhra incident, exposed the blatant partisan, biased and communal attitude of the powers-that-be. The protector has now become the predator. Fundamentalist organizations ( both Hindu and Muslim) are preaching violence in the name of religion, instead of love. There is an urgent need to ban all such outfits. But does anyone have the political acumen to do so? Populist measures, in the name of appeasing vote bank pockets have wreaked enough havoc already. Criminals fighting elections, and winning them too, on party tickets, have made a mockery of our democratic set up.

"There should be a complete ban on Hindu fundamentalist outfits from taking part in politics. Any organization based on the narrow ideology of hatred for other communities, should have no place in democracy. The youth of our country should become a vehicle for creating a just and peaceful society, where no religion or caste dominates others. We welcome the decision of the Congress Party for not giving the party’s ticket to Jagdish Tyler and Sajjan Kumar and expect similar actions from the BJP" said Dr Sandeep Pandey, Ramon Magsaysay Awardee (2002), member National Presidium, Lok Rajniti Manch (People's Politics Front) and a noted social activist.

If only we could stop inhuman police atrocities on the innocents in Kashmir; start development work in earnest and hold fair and free elections, it would once again become a piece of ‘heaven on earth’.

As our elders have failed to deliver the goods, it is time for the youth to become harbingers of peace. They can, and should, become vehicles of a social and just society. In a democratic set up, it is the people who matter and not the political bosses. No religion, caste or community should be given preference over another.

Pleasant winds of change have already started blowing across the country. The youth are rightly questioning the credentials of the candidates standing in the forthcoming elections. I have seen many youngsters exhorting their fellow beings to vote for the right candidate and not for any particular political party. The manifestos of most political parties are nothing more than inane jokes. They are outdoing each other in the race for ‘Who Is The Most Idiotic Of Us All’? One party promises to remove English, computers, mechanization, all in one go, in the name of development. Another claims that by distributing freebies like laddoos, tiffin boxes, pencil cases and by projecting criminals as messiahs, it would win the hearts of the common public. Yet, another promises to root out corruption, terrorism and nepotism, after sleeping over them all this while.

So now enough is enough of this tom foolery. The political parties have made a mockery of the civil society. It is time now for the people to themselves draft a manifesto for the general good of all, including the lowliest of the low... 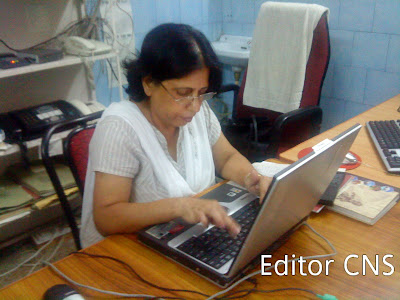 Bobby Ramakant is a development journalist and has been writing on development issues since 1991. Health is one of the key focus areas he writes on. He is also a World Health Organization (WHO)'s WNTD awardee for 2008
Related Topic(s): Democratic; Fundamentalism; India; Pakistan; Politics; Religion; Sovereignty; Taliban; Taliban; Taliban; (more...) Terrorism; Violence, Add Tags  (less...)
Add to My Group(s)
Go To Commenting
The views expressed herein are the sole responsibility of the author and do not necessarily reflect those of this website or its editors.