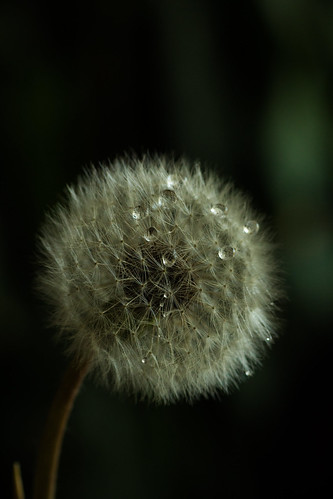 More than 100 companies are competing to be first in the race to get a COVID-19 vaccine to market. It's a race against time, not because the death rate is climbing but because it is falling - to the point where there could soon be too few subjects to prove the effectiveness of the drug.

So says Pascal Soriot, chief executive of AstraZeneca, a British-Swedish pharmaceutical company that is a frontrunner in the race. Soriot said on May 24th, "The vaccine has to work and that's one question, and the other question is, even if it works, we have to be able to demonstrate it. We have to run as fast as possible before the disease disappears so we can demonstrate that the vaccine is effective."

If the disease is disappearing of its own accord, why throw billions of dollars at developing a vaccine? The US Department of Health and Human Services (HHS) has already agreed to provide up to $1.2 billion to AstraZeneca and another $483 million to US frontrunner Moderna to develop their experimental candidates. "As American taxpayers, we are justified in asking why," writes William Haseltine in Forbes.

Both companies have attracted billions from private investors and don't need taxpayer money, and the government's speculative bets are being made on unproven technologies in the early stages of testing. The profits will go to the companies and their shareholders, while the liabilities will be borne by the public. Vaccine manufacturers are protected from liability for vaccine injuries by the National Vaccine Injury Compensation Program and the 2005 PREP Act, which impose damages instead on the US government and US taxpayers.

Long-term systemic effects including cancer, Alzheimer's disease, autoimmune disease, and infertility can take decades to develop. But the stage is already being set for mandatory vaccinations that will be "deployed" by the US military as soon as the end of the year. The HHS in conjunction with the Department of Defense has awarded a $138 million contract for 600 million syringes prefilled with coronavirus vaccine, individually marked with trackable RFID chips. That's enough for two doses for nearly the entire US population.

COVID-19, like other coronaviruses, is expected to mutate at least every season, raising serious questions about claims that any vaccine will work. A successful vaccine has never been developed for any of the many strains of coronaviruses despite 30 years of effort, due to the nature of the virus itself. In fact vaccinated people can have a higher chance of serious illness and death when later exposed to another strain of the virus, a phenomenon known as "virus interference." An earlier SARS vaccine touted as effective because it produced antibodies to the virus never made it to market because the laboratory animals contracted more serious symptoms on re-infection, and most of them died. In reports from China and South Korea, even people who have previously recovered from COVID-19 have become re-infected with the virus. If antibodies created naturally in response to the wild virus don't protect against future infections, the weaker vaccine-triggered antibodies won't work either.

Researchers working with the AstraZeneca vaccine claimed success in preliminary studies because its lab monkeys all survived and formed antibodies to COVID-19, but data reported later showed that the animals all became infected when challenged, raising serious doubts about the vaccine's effectiveness. But these concerns have not deterred the HHS, which is proceeding at "Warp Speed" to get the new technologies on the market.

Biotech company Moderna, the US frontrunner, has been allowed to skip animal trials altogether before rushing to human trials. It has gotten fast-track approval from the FDA for its "messenger RNA" vaccine, an innovation that has never been approved for marketing or proven in a large-scale clinical trial. The major advantage of mRNA vaccines is the speed with which they can be deployed. Created in a lab rather than from a real virus, they can be mass-produced cost-effectively on a large scale and do not require uninterrupted cold storage. But this speed comes at the risk of major side effects.

In a 2017 TED talk called "Rewriting the Genetic Code," Moderna's current chief medical officer Dr. Tal Zaks said, "We're actually hacking the software of life "." As explained by a medical doctor writing in The UK Independent on May 20th:

Moderna's messenger RNA vaccine " uses a sequence of genetic RNA material produced in a lab that, when injected into your body, must invade your cells and hijack your cells' protein-making machinery called ribosomes to produce the viral components that subsequently train your immune system to fight the virus. "

In many ways, the vaccine almost behaves like an RNA virus itself except that it hijacks your cells to produce the parts of the virus, like the spike protein, rather than the whole virus. Some messenger RNA vaccines are even self-amplifying". There are unique and unknown risks to messenger RNA vaccines, including the possibility that they generate strong type I interferon responses that could lead to inflammation and autoimmune conditions.

As noted in Science Magazine, RNA that invades from outside the cell is the hallmark of a virus, and our immune systems have evolved ways to recognize and destroy it. To avoid that, Moderna's mRNA vaccine sneaks into cells encapsulated in nanoparticles, which aren't easily degraded and can cause toxic buildup in the liver. A lab-created self-amplifying virus that evades the cell's defenses by stealth sounds inherently risky. In fact "stealth viruses" are classified as "bioweapons."

Related Topic(s): Corona Virus Coronavirus Covid-19; Health, Add Tags
Add to My Group(s)
Go To Commenting
The views expressed herein are the sole responsibility of the author and do not necessarily reflect those of this website or its editors.