100 years after the 19th Amendment, we have so much to lose. But if we fight, how much more can we accomplish? 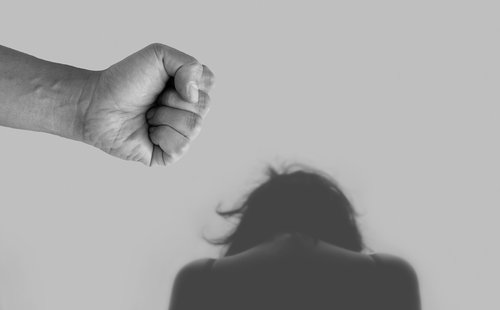 This year marks the 100-year anniversary of the 19th Amendment, when women got the right to vote in all 50 states. Limiting voting to men at the nation's founding was part of the legal doctrine of coverture, in which a woman was legally represented first by her father and then by her husband.

Under coverture, married women could not own property. They first gained that right in 1848.

Under coverture, by marrying a man, a woman was giving him access to her body "till death do us part." Marital rape did not become illegal in all 50 states until 1993. Even now, sometimes marital rape has lesser penalties than rape that occurs between people who are not married.

At our nation's founding, love was seen as a flimsy and even irresponsible reason for marriage. Couples were married for economic reasons -- he had a large farm, she had a sizable dowry, and so on.

Divorce was rare and legally limited. There were only a few legal reasons for divorce -- typically adultery and desertion. Falling out of love wasn't a reason to divorce because people were skeptical that love was necessary in a marriage in the first place.

banning sodomy under penalty of death. While these laws sound like they criminalized homosexuality, in fact they often also banned non-procreative acts by heterosexuals or even with oneself. Fortunately, they were rarely enforced.

Since 1776, the family has been changing from a patriarchal one -- led by a male head of household with a goal of social order and economic stability -- to one that can take many forms and strives for the goal of love and emotional fulfillment.

When you hear the slogan "make America great again" -- whether you support Trump or not -- you may think it harkens back to a time where families resembled Leave It To Beaver. White Baby Boomers, at least, might warmly remember this time from their childhood.

But believe it or not, the 1950s was a strange blip in the history of the American family.

Additionally, the divorce rate reached its peak in the 1980s and it has declined since then.

Our country today is not without problems. The part of the 1950s I'd like to recapture is the strong social safety net with good jobs that paid a living wage.

Jill Richardson is pursuing a PhD in sociology at the University of Wisconsin-Madison.
Related Topic(s): Divorce; Equality; Homosexuality; Marriage; Men; Mental Illness; Women Equal Rights; Women Voters, Add Tags
Add to My Group(s)
Go To Commenting
The views expressed herein are the sole responsibility of the author and do not necessarily reflect those of this website or its editors.