Even before the end of the First Civil War the 13th Amendment to the Constitution, which freed the slaves, was passed by the Union Congress (although it was not fully ratified until the end of 1865). In 1868, the 14thAmendment was ratified. Among other things, it gave citizenship and the right to vote to the former slaves. While in the 11 former states of the Confederacy opposition to the results and potential results of the Northern military victory began almost immediately after the end of hostilities at Appomattox, that opposition really took off, and became violent, after the ratification of the 14th. Because of course with citizenship came the right to vote. And having former slaves with the right to vote terrified the white ruling class in the South, and for good reason. In the former Confederate states, on the average, the former slave population amounted to about 35% of the total.

The Ku Klux Klan was only one of a number of violence-prone organizations that was formed in the former Confederacy almost immediately after the end of the War. After the passage of the 14th, one of their major targets in terrorizing former slaves was the free vote. They had good reason for such a concern, for during Reconstruction, numbers of former slaves were elected to a wide variety of offices in those states. Following the end of Reconstruction, as is well-known, voting rights, along with many other rights, were very quickly eliminated for former slaves. "Jim Crow" was well in place by the 1880s. And as is well known was kept in place until the Civil Rights and Voting Rights Acts on the mid-1960. 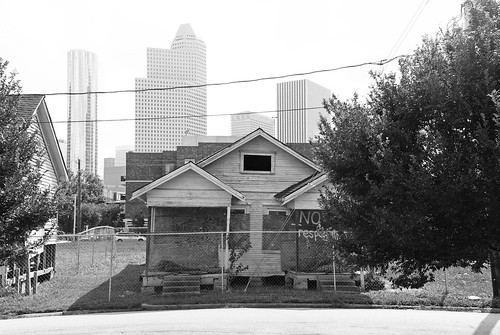 During Reconstruction, the reconstructed Democratic Party, which formerly represented the Southern States, was the principal opponent of it in national politics. But following the election of 1876, when the Republican Party made a deal with the Southern States to end Reconstruction in return for stealing the election from a Democrat (no less) who had pledged to maintain Reconstruction, (yes, there have been stolen elections more than once in U.S. history), the Republican Party very quickly also became a party concerned with "the others" making their way into citizenship and thus the voting population.

This should come as no surprise (although it does to most U.S.). For one of the founding members of the political coalition that became the Republican Party in 1856 was the American Party (popularly known as the "Know-Nothings), led at the time by a former Whig, former U.S. President, Millard Fillmore. The American Party was built on xenophobia, at that time aimed at Irish and German immigrants. So, xenophobia (see of course Donald Trump) is nothing new for the Repubs. It surfaced again in the Chinese Exclusion Act of 1882, and then again of course in the much more well-known Immigration Act of 1924. The latter was aimed at Roman Catholics (especially those from Southern Europe) generally and specifically at Italians, as well as Jews and other Eastern Europeans. (Isn't it ironic that the three leading Republican xenophobes now are Donald Trump, of German ancestry, Sean Hannity [Irish], and Rudy Giuliani [Italian].)

A major concern of the xenophobes (and of course they certainly have been found in the Democratic Party over the years as well) and the anti-black racists (certainly found in the Democratic Party until the mid-60's and the civil rights acts), has been voting by the discriminated-against populations. And this is the central focus of the major initiatives being undertaken by the current Republican Party: voter suppression (e.g., discriminatory "voter-I.D." legislation, that is demanding photo identification while providing virtually no opportunities for people of color to obtain it), and gerrymandering (to an extent that its inventor, Gov. Elbridge Gerry of Massachusetts, would probably treat as an insult to his name). Then there is mass incarceration aimed primarily at people of color and the "no-vote for felons" rule which deprives many of those who have been massively incarcerated of the vote, subsequently. At the same time, we see the rapidly developing Trumpite anti-immigrant, as well as anti-refugee, policy. The fewer immigrants, the fewer future voters of color will there be.

It is projected that by mid-century the nation's population will be majority non-white. Not that non-whites always vote for liberal and progressive candidates, but of course, the more the current Repubs. adopt racist and xenophobic policies, the more likely that that will be the case. And they know it. This is why they, and the ruling class they represent, are working so hard on voter suppression, gerrymandering, and anti-immigration policy, and working so hard to undermine the voting rights-protective legislation especially affecting non-whites currently in place.

The Repubs., currently have managed to win over significant numbers of white members of the working class as well as most of the white petit bourgeoisie. However, these folks are getting older and will gradually become an ever-smaller percentage of the electorate. And of course, as Republican policies fail them, and some at least are able to overcome the racism/xenophobia generated by the Repubs. (see Donald Trump, of course), the Repubs. will become increasingly jammed into an electoral box.

And so, it is the demographic future of which the Repubs. and their ruling class patrons are terrified. For what if a majority of the electorate, non-white and white together, saw what Repub. racist/xenophobia really does to the nation. And if there were a Democratic Party that really adopted very different polices from the Repubs., unlike those of the neoliberal Clintonites that have dominated the party for the last 35 years, that would be something that the Repubs. and their ruling class patrons distinctly would not like.

This is why they have developed their comprehensive voter suppression policy, involving the Executive, the Legislative and the Judicial branches. One of the major reasons they are thrilled with the control of the Supreme Court they have achieved for possibly the next 40 years (which will, in the relatively near future, likely grow to a 7-2 majority) is, beyond abortion rights, labor rights, and civil rights, the functional destruction of voting rights is a major target. Because they know that that is where the projection of protection of the other rights, to the extent that such rights really can exist in the United States, starts. Why down the road there might even be some significant number of both Social Democrats (like Bernie Sanders) and even Democratic Socialists (like Alexandria Ocasio-Cortez) in office. And they distinctly don't want that.

Steven Jonas, MD, MPH, MS is a Professor Emeritus of Preventive Medicine at StonyBrookMedicine (NY) and author/co-author/editor/co-editor of over 35 books. In addition to his position on OpEdNews as a "Trusted Author," he is a Senior Editor, (more...)
Related Topic(s): Abortion; Class War; Class Warfare; Immigrants; Republican; Republican GOP Dirty Tricks; Republican Hate; Republican Racism; Republican Voter Suppression; Rights; (more...) South; Voting, Add Tags  (less...)
Add to My Group(s)
Go To Commenting
The views expressed herein are the sole responsibility of the author and do not necessarily reflect those of this website or its editors.