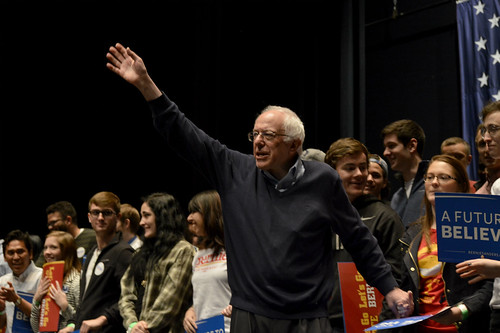 Presidential candidate Kamala Harris began this week in the nation's first primary state by proclaiming what she isn't. "The people of New Hampshire will tell me what's required to compete in New Hampshire," she said, "but I will tell you I am not a democratic socialist."

Harris continued: "I believe that what voters do want is they want to know that whoever is going to lead, understands that in America today, not everyone has an equal opportunity and access to a path to success, and that has been building up over decades and we've got to correct course."

Last summer, another senator now running for the Democratic presidential nomination, Elizabeth Warren, went out of her way to proclaim what she is. Speaking to the New England Council on July 16, she commented: "I am a capitalist to my bones."

A week later, Warren elaborated in a CNBC interview: "I am a capitalist. Come on. I believe in markets. What I don't believe in is theft, what I don't believe in is cheating. That's where the difference is. I love what markets can do, I love what functioning economies can do. They are what make us rich, they are what create opportunity. But only fair markets, markets with rules. Markets without rules is about the rich take it all, it's about the powerful get all of it. And that's what's gone wrong in America."

In the obvious contrasts with Harris and in the less obvious yet significant contrasts with Warren on matters of economic justice as well as on foreign policy, Bernie Sanders represents a different approach to the root causes of -- and possible solutions to -- extreme economic inequality, systemic injustice and a dire shortage of democracy.

It's not mere happenstance that Bernie is willing to use the word "oligarchy" to describe the current social order in the United States. What's more, he pointedly ties his candid analysis of reality to more far-reaching -- and potentially effective -- solutions.

Now that Bernie has announced he's running for the 2020 Democratic presidential nomination, progressives will need to decide on how to approach the contest. Anyone with feet on the ground understands that the Democratic nominee will be the necessary means to achieve the imperative of preventing a Republican from winning another four years in the White House. So, who is our first choice -- whose campaign deserves strong support -- to be the nominee of a Democratic Party that has remained chronically dominated by corporate power?

The "tweak options," represented by Sen. Harris, recycle the kind of mild populist rhetoric that served the presidential aspirations of Bill Clinton and Barack Obama so well. Corporate interests backed them from the outset, and corporate interests benefited. Overall, Wall Street soared while Main Street got clobbered.