On Monday, Secretary of State Rex Tillerson and Secretary of Defense James Mattis told the congressional committee that they believed that the Trump administration should have the right to use force on "terrorists" anywhere across the globe and at any time. This comes as Congress is re-examining the 2001 authorization to use military force that was passed after the terrorist attacks in the United States.

It is amazing that the mainstream media has not made this an essential part of its reporting. As usual, the media is using its weapon of mass distraction by focusing on Hollywood celebrities that have groped and sexually molested people. It seems as if the people in the United States are more interested in hearing the sordid details of pedophilia, casting couch stories in and generally disgusting behavior by people with power over other people.

In my mind, people with power over other people, are people who run the most powerful organization on the planet: The United States military. The AUMF has been used as the umbrella to give coverage to the military and has been used under three different administrations, to wage war anywhere on the planet, if they can somehow tie them into this phony "war on terror". Like "the war on drugs" this "war on terror" is a never-ending and meaningless concept that justifies American military interventions in other nations and even here at home.

The way the Constitution works is that Congress is the branch of the government that can declare war and authorize military force. The AUMF has effectively been a way to override congressional authority to use military force. One reason that Congress has chosen to basically nullify its own responsibilities isn't because they like giving away their power, it is because defense contractors have most of them in their pockets and they want the endless wars that United States has been engaging to never end. It is unthinkable that Congress would limit its own power and ceded it to the executive branch, so therefore I can say with some certainty that what am saying in this article is the underlying truth of why they're doing so.

There was a time when the American people would have been horrified to find that their sons and daughters were being sent away to fight in parts various of the world without the consent of Congress. Of course, the AUMF is technically the consent of Congress, although there are many instances where the United States uses military force without the knowledge of Congress on covert missions. This may be good business practice, to keep defense contractors producing cruise missiles at $1 million a pop, and producing weapons and ammunition at a staggering rate, but it isn't good for the soldiers that are fighting in different areas of the world they have never heard of before and when they don't even know what they're fighting for.

When I was in the military, I thought that I was protecting the national security of the United States. Those soldiers who fought in Vietnam believed that they too were fighting for our national security, only to find out later, that there were fighting a war that even the Secretary of Defense and the Secretary of State admitted two years before the war ended, that the Vietnam war was unwinnable. The entire nation eventually realized that the war in Vietnam had nothing to do with the security of the United States, yet it went on for almost a decade and ended the lives of over 58,000 American boys, and over a million Vietnamese and Cambodian soldiers and civilians. We look back on Vietnam as a big mistake and yet today, we give the military free rein to use military force around the world repeatedly and believe they won't make a mistake again.

If we want to give our military the authorization to use military force, we should put restrictions on that authorization and not just give them a blanket endorsement to run roughshod throughout Africa and the Middle East and parts of Asia, hurling missiles and shooting people who we believe pose a threat to the United States now, or in the future. 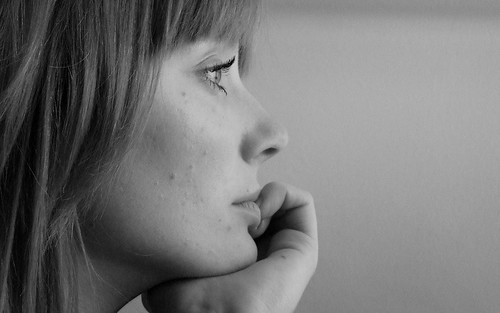 Wonder
(Image by Frinthy)   Details   DMCA
I'm writing this to draw attention as to what Congress is contemplating. I believe that if we had honest men and women serving in Congress that weren't owned and finance by the military-industrial complex, that they would come up with oversight on different interventions done by the military. Since we don't have people in Congress that aren't in the pockets of defense contractors, is up to the American people to make sure that the people "who supposedly" represent our interests perform their due diligence. I would suggest that every American either email the representatives and sign a petition to remind Congress that they must perform their constitutional duties and not just hand the power to wage war to the military without constant congressional oversight.

I know that the subject isn't as interesting as hearing about people in Hollywood behaving badly, but when someone in your family comes home in a casket and you never really find out why they died, it will be then that you realize which of these two subjects was more important. I can't believe that the American people could be so stupid and allow the military free rein on where and when to use military force. This is like giving a convicted pedophile the keys to every schoolhouse and playground in the world.

Related Topic(s): Attention; Aumf; Intervention; Other; Soldiers; Truth, Add Tags
Add to My Group(s)
Go To Commenting
The views expressed herein are the sole responsibility of the author and do not necessarily reflect those of this website or its editors.