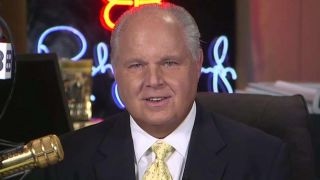 One of the hardest challenges about being human is being a decent human being. Or, in the words of the former First Lady Michelle Obama how and when to go high when they go low.

All year, I have found myself in a quandary about how to react to the news that right-wing radio shock jock Rush Limbaugh has advanced lung cancer.

The diagnosis is dire, and there is probably not an American adult alive today who does not know a relative or friend who has not been felled by the horror that is cancer. We won't wish it on our worst enemies.

Well, two recent instances have challenged my compassion. First, when Limbaugh used the 600 radio stations he appears on to insinuate that vice-presidential candidate Senator Kamala Harris slept her way to her prominence, calling her a "mattress." He went on to label the Democratic ticket "Joe and the Ho."

Really, after this latest misogynistic, racist attack how can I offer the usual "thoughts and prayers." "Hope it all goes well." "We're pulling for you"?

One would think that after a humbling diagnosis of cancer that a normal human being would perhaps review one's transgressions and make peace with whatever entity controls our final days. Perhaps ask forgiveness for sending so much hatred into the bloodstream of America.

But Limbaugh is not normal.

Google "Rush Limbaugh's most hateful statements," and you will discover around 700,000 results to this query. Included in Limbaugh's history of hate is this statement, "Look, let me put it to you this way: the NFL all too often looks like a game between the Bloods and the Crips without any weapons. There, I said it." [January 19, 2007]

Boy, you sure did. But you didn't stop there. In fact, you never do.

Just like a well-trained Trump-insult dog, foaming inside his muzzle, you made fun of a person with disabilities who has Parkinson's, an incurable disease: and dear Michael J. Fox of all people.

"He is exaggerating the effects of the disease. He's moving all around and shaking and it's purely an act. " This is really shameless of Michael J. Fox. Either he didn't take his medication or he's acting." [October 2006]

And, in 2015, he actually said, "Firsthand smoke takes 50 years to kill people, if it does. Not everybody that smokes gets cancer."

He went on to boast that he should receive a medal for cigar smoking. During the last State of the Union I guess he received said medal.

Stephen J. Lyons contributes commentary and journalism to a variety of national and international newspapers and magazines. He the author of five books of essays and journalism. His most recent book is "West of East," published by Finishing Line (more...)

Related Topic(s): Other; People; Trump, Add Tags
Add to My Group(s)
Go To Commenting
The views expressed herein are the sole responsibility of the author and do not necessarily reflect those of this website or its editors.

An American Nightmare: A Viewing Guide

What Do You Do with A Problem Like Limbaugh?

The Power (and Horror) of One

What Would Seymour Do?