[Editor's note: Fred Reed is a sassy libertarian with loyalties to no one. His sense of humor gets less subtle and easier to discern as the article progresses.]

America again wins the annual International Math Olympiad! The contest pits the brightest high-school students of countries against each other in six-member teams. The American victories continue the mastery by the European cultures that invented most of modern math. This supports the claim (I hope I do not sound racist) that European superiority is genetic. In any event, the outcome is crucial because these young prodigies will shape the future of their peoples for many decades. 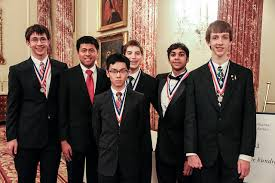 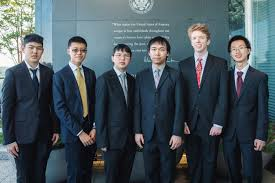 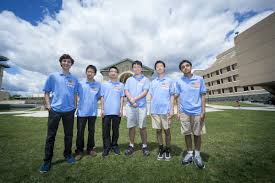 We should be gratified by America's victories over all other Asian countries.

Fred, a keyboard mercenary with a disorganized past, has worked on staff for Army Times, The Washingtonian, Soldier of Fortune, Federal Computer Week, and The Washington Times.

He has been published in Playboy, Soldier of Fortune, The Wall Street Journal, The Washington Post, Harper's, National Review, Signal, Air&Space, and suchlike. He has worked as a police writer, technology editor, military specialist, and authority on mercenary soldiers. He is by all accounts as looney as a tune. Fred Reed is author of Nekkid in Austin: Drop Your Inner Child Down a Well, A Brass Pole in Bangkok: A Thing I Aspire to Be, Curmudgeing Through Paradise: Reports from a Fractal Dung Beetle,
Related Topic(s): China; Competitiveness; Competitiveness; Science And Technology, Add Tags
Add to My Group(s)
Go To Commenting
The views expressed herein are the sole responsibility of the author and do not necessarily reflect those of this website or its editors.

Gapple and Oogle, our Defenders