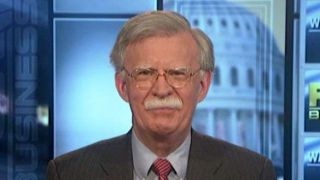 The appointment of John Bolton to be Donald Trump's national security adviser represents the neoconservative restoration, firmly ending the chapter in which Trump claimed to be a non-interventionist. Even Never-Trump neocons are happy today. The intemperate and Islamophobic Bolton is fiercely opposed to the Iran Deal, is militantly opposed to Russian influence in the Middle East, has called for declaring war against Iran and North Korea, and has pronounced the two-state solution dead.

Many today fear that Trump will give us another war. Senator Ed Markey:

"John Bolton supports proactively bombing Iran and conducting a first strike on North Korea without provocation. Appointing him to be Nat Sec Advisor is a grave danger to the American people and a clear message from @realDonaldTrump that he is gearing up for military conflict."

Bolton is surely realistic in stating the end of the two-state solution. Though his solution to the Israel Palestine conflict is not. It is for pieces of the West Bank to be deeded to Jordan, and Gaza to be deeded to Egypt, on the theory that Palestine is "bits and pieces" of the former Ottoman Empire. Neither Egypt or Jordan has accepted such a proposal; and of course Palestinians have said such an outcome is out of the question.

He wrote in the Hill in January as part of his application process for this job:

"Once it becomes clear the two-state solution is finally dead, Jordan should again be asked to exercise control over suitably delineated portions of the West Bank and have the monarchy's religious role for holy sites like the Temple Mount reaffirmed. Accepting Jordan's sovereignty would actually benefit Palestinians, as would Egyptian sovereignty over Gaza, by tying these areas into viable, functioning states, not to the illusion of 'Palestine.'"

Al Jazeera reports further on Bolton's views of Israel and Palestine. Pro-Israel all the way.

"After former president Barack Obama allowed passage of a UN Security Council resolution in December 2016 that condemned Israeli settlements, Bolton said Obama 'stabbed Israel in the front' and that the measure was 'clearly intended to tip the peace process toward the Palestinians.'"

He said then that the two-state solution is over, per Al Jazeera.

"'Just as a matter of empirical reality, the two-state solution is dead,' Bolton told far-right Breitbart News Radio at the time. 'That's about the only thing John Kerry came close to getting right.'"

It is simply not realistic to insist on two states. For one thing, Israel cannot accept indefensible borders it would have with a Palestinian state alongside it:

"As long as Washington's diplomatic objective is the 'two-state solution' -- Israel and 'Palestine' -- the fundamental contradiction between this aspiration and the reality on the ground will ensure it never comes into being."

Jewish Voice for Peace laments the hire: "The appointment of Bolton is a complete disaster for the Middle East, the U.S., and the entire world." And the liberal Zionist group J Street tweeted:

"Bolton is an unabashed advocate for the premature, unnecessary and reckless use of military force in the Middle East and around the globe. This appointment isn't just unwise. It's disastrous."

Philip Weiss is a longtime writer and journalist in New York. He co-edits a website on Israel/Palestine, Mondoweiss.net, which he founded in order to foster the movement for greater fairness and justice for Palestinians in American foreign policy. He is currently working on a novel about the US in Australia during WW2.
Related Topic(s): Anti-Muslim; Iran; Korea; Neocons; Palestine_and_Israel; People John Bolton, Add Tags
Add to My Group(s)
Go To Commenting
The views expressed herein are the sole responsibility of the author and do not necessarily reflect those of this website or its editors.