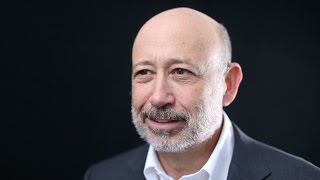 Of the myriad policy decisions that have brought us to our current precipice, from the signing of the North Atlantic Free Trade Agreement (NAFTA) to the invasion of Iraq and the gerrymandering of House districts across the country, few have proven as consequential as the demise of Glass-Steagall. Signed into law as the U.S.A. Banking Act of 1933, the legislation had been crucial to safeguarding the financial industry in the wake of the Great Depression. But with its repeal in 1999, the barriers separating commercial and investment banking collapsed, creating the preconditions for an economic crisis from whose shadow we have yet to emerge.

Carmen Segarra might have predicted as much. As an employee at the Federal Reserve in 2011, three years after the dissolution of Lehman Brothers, she witnessed the results of this deregulation firsthand. In her new book, "Noncompliant: A Lone Whistleblower Exposes the Giants of Wall Street," she chronicles the recklessness of institutions like Goldman Sachs and the stunning lengths the United States government went to to accommodate them, even as they authored one of the worst crashes in our nation's history.

"They didn't want to hear what I had to say," she tells Robert Scheer in the latest installment of "Scheer Intelligence." "And so I think what we have in terms of this story is really not just a failure of the banks and the regulators, but also a failure of our prosecutors. I mean, a lot of the statutes that could be used -- criminal statutes, even, that could be used to hold these executives accountable are not being used, and they have not expired; we could have prosecutors holding these people accountable."

Segarra also explains why she decided to blow the whistle on the Fed, and what she ultimately hopes to accomplish by telling her story. "I don't like to let the bad guys win," she says. "I'd rather go down swinging. So for me, I saw it as an opportunity to do my civic duty and rebuild my life. ... I was very lucky to be blessed by so many people who I shared the story to, especially lawyers who were so concerned about what I was reporting, who thought that the Federal Reserve was above this, who thought that the government would not fail us after the financial crisis, and who were livid."

Robert Scheer: Hi, I'm Robert Scheer, and this is another edition of "Scheer Intelligence," where the intelligence comes from my guests. Today, Carmen Segarra. She's written a book, just came out, called "Noncompliant: A Lone Whistleblower Exposes the Giants of Wall Street." And boy, did she ever. Perhaps you remember this case; it was in 2011, two, three years into the Great Recession. There was a lot of pressure from Congress that these banks be regulated in a more serious way. As a result, Carmen Segarra, someone of considerable education, was brought in. And she was assigned to do a survey of Goldman Sachs, to go over to Goldman Sachs. And I just want to preface this, people have to understand that not only is the Federal Reserve an incredibly -- the most important economic institution in the United States, but the New York Federal Reserve plays a special role being in New York. And they are basically entrusted with regulating the banks, and they are the institution that most definitely failed in that task, and helped bring about the Great Recession. Would you agree with that assessment?

Carmen Segarra: Yes, I would agree with that assessment. When I joined the Federal Reserve, as you pointed out, I was hired from outside the regulatory world, but within the legal and compliance banking world, to help fix its problems. And I was well aware of the problems that existed. And scoping the problems itself was relatively easy; I mean, within days of arriving, I had participated in meetings where you had Goldman Sachs executives, you know, lying, double-speaking, and misrepresenting to regulatory agencies without fear of repercussions. And where I saw Federal Reserve regulators actively working to suppress and expunge from the record evidence of wrongdoing that could be used by regulatory agencies, prosecutors, and even the Federal Reserve itself to hold Goldman Sachs accountable. The question was, when I arrived, you know, are these problems fixable? And, spoiler alert: I don't think so.

RS: Well, your book really is a compelling read on, really, what one could consider the dark culture of finance capital. Most of us know very little about it; we think it's boring, it's detailed and so forth. And I was thinking of another woman observer of great education and experience, who first tipped me off as a journalist when I was trying to cover the stuff about banking deregulation and so forth, and when Clinton was president and they did the basic financial deregulation. A woman named Brooksley Born, who was head of the Commodity Futures Trading Commission, and she had your kind of background, you know; a leading lawyer with the banks, and so forth. Understood this a lot better than most of the men who were powerful, including Treasury Secretary Robert Rubin; Lawrence Summers, who took over from him and went on to be the head of Harvard; Alan Greenspan -- none of them really understood these collateralized debt obligations, credit default swaps; she did. She blew the whistle on it, and they basically destroyed her. She was forced out of the Clinton administration, and what have you. Did you know about Brooksley Born's work when you got into this? Do you have any sense? I mean, this was really sort of the first major whistleblower, and she was, as you have been, basically pushed aside.

CS: Yes. I definitely knew about her. And you know, I have to say that I was, you know, just taking that historical perspective, which I think is an important point of view through which we should approach this topic. I mean, I remember when I was in law school, I was one of the very first graduating classes to graduate into a post-Glass-Steagall world. From a 50,000-foot level, I think people have a better understanding of what that means, in the sense, you know, you have all of a sudden the securities and the banking products can get together. But from a practical standpoint, from a ground-zero level, where I was at, that essentially meant two things. From a professional standpoint, we studied and were aware of the fact that there were a bunch of people on one side of the aisle, the investment products side -- you know, the collateralized debt obligations that you mentioned. And then there were people who were on the banking side; we're talking, you know, for purposes of argument, credit cards and debit cards. And that these people, they may have known about their products, but they were highly specialized; they only knew about the one or two things that they touched, and they certainly didn't know about them and how they interacted together.

And one of the things that I remember studying were not just the cases of whistleblowers, but also discussing amongst our classmates, you know, what the impact would be of all of a sudden having a class or a series of classes, graduating from law school, with people who are focusing on banking and compliance, like I was, and who are having to understand both of these products and sort of how they interact together. And what, sort of visualizing what our work life would be like, in terms of reporting to people that had an incomplete understanding of how the banking world worked. So, yes, I was definitely aware; I understood perfectly where she was coming from. And she was very much a cautionary tale for the rest of us who are lawyers. In terms of, if you find yourself in these difficult situations, you sort of game out what potentially can happen. And I certainly took it into consideration when I was gaming out whether or not to whistleblow.

RS: Well, before you get to the whistleblowing stage, I think you're being too kind to what I personally think are people who should be considered as, or at least charged and examined often with what is criminal behavior. Because ignorance is really not a good defense; when they were called before congressional committees, these knowledgeable people admitted they really didn't understand collateralized debt obligations and credit default swaps. And for people who are not that familiar, you mentioned Glass-Steagall. And what Glass-Steagall was, was one of the, really maybe the most important response of Franklin Delano Roosevelt's democratic administration to the Great Depression. And how did this terrible depression happen, how were the banks so irresponsible? And they decided the key thing was to separate investment banks from commercial bank; investment banks could be high-rollers, private money, you know what you're doing, you have knowledge; and commercial banks where you're basically protecting the assets of ordinary people, they're not knowledgeable, they're trusting your expertise.

And eliminating Glass-Steagall eliminated this wall between the two kinds of banking. And the company that you went to observe, Goldman Sachs, was an investment bank. And by the working of that law, they should have been allowed to go belly-up when it turned out they had a lot of these dubious credit default swaps and collateralized debt obligations. To people who don't know, a credit default swap was a phony insurance policy pretending to cover these things, but really there's nothing backing it up. And somehow, in order to save them, they were allowed to announce they could do commercial banking. One could argue, in some ways, the barrier was lifted to help -- Citigroup was of course the other one -- Citibank. And these are two banks that the government stepped in to help and create this monster. Is it not the case?

Related Topic(s): Banks; Corruption; Depression; Glass-Steagall; Wall Street; Wall Street Greed; Whistleblower, Add Tags
Add to My Group(s)
Go To Commenting
The views expressed herein are the sole responsibility of the author and do not necessarily reflect those of this website or its editors.