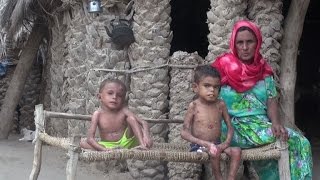 "A joint resolution to direct the removal of United States Armed Forces from hostilities in the Republic of Yemen that have not been authorized by Congress."
Caption for S.J.Res.7, vetoed by President Trump April 16, 2019

"Congress has the sole power to declare war under article I, section 8, clause 11 of the United States Constitution."
First finding of fact in S.J.Res.7

Lawful authority to take the nation to war under the US Constitution has long been an unofficial joke, at least since the US led the "police action" in Korea in 1950. The fighting ended with the armistice in 1953, but not the war. We're still pretending it was constitutionally legitimate even though the Korean War sets a new record every day as America's "longest war." Congress has been ducking its constitutional responsibility ever since, through Vietnam, Afghanistan, Iraq, and all the other, less spectacular military sideshows it's sidestepped around the world for the past 60-plus years.

US military action in Yemen boots on the ground grew out of the War on Terror. From 2007 till 2014, US special forces units carried out drone operations against real or imagined terrorists (including at least one teenage American citizen), while the Yemeni government claimed responsibility. That government fell to the Arab Spring of 2014, followed by an internationally-imposed government and a civil war that sent it scurrying to Saudi Arabia, and sent US combat forces scurrying out of the combat zone. With the Houthis taking control of Yemen in early 2015, the Obama administration gave a green light and significant logistical support to Saudi Arabia and its allies to undertake an undeclared, genocidal air war against an opponent with no air force and little air defense (soon eliminated).

The US Congress paid no serious attention to any of this. Republican majorities in both houses were content to allow the Obama-supported carnage in Yemen to continue unimpeded and undiscussed. Minority Congressional dissent took years to emerge, as the Trump administration embraced the slaughter in Yemen.

The Joint Resolution to end US involvement in the illegal war on Yemen was introduced on January 30, 2019, by three senators: Independent Bernie Sanders of Vermont, Republican Mike Lee of Utah, and Democrat Chris Murphy of Connecticut. Another 16 senators signed on as co-sponsors during the next six weeks.

On April 16, President Trump vetoed S.J.Res.7. His veto message contained a number of falsehoods, including "apart from counterterrorism operations against al-Qa'ida in the Arabian Peninsula and ISIS, the United States is not engaged in hostilities in or affecting Yemen." Translated that means: OK, special forces go in and out of Yemen at will, I'm going to lie about supporting the air war (which I'll admit later in this statement), and since no one else is talking about the US Navy taking part in the sea blockade of Yemen, neither will I, even though I've been told that the blockade is a direct act of war against Yemen.

Trump went on to defend the US "non-involvement" in the war on Yemen as a necessary act of patriotism: "it is our duty to protect the safety of the more than 80,000 Americans who reside in certain coalition countries that have been subject to Houthi attacks from Yemen." What countries? What attacks? He doesn't say, other than the airport in Riyadh, which surely qualifies as a defensive act of war against the Saudi aggressor.

Trump asserted the obvious: "Peace in Yemen requires a negotiated settlement." Then he preposterously blamed the Republican-controlled Senate for the failure of peace talks because "inaction by the Senate has left vacant key diplomatic positions, impeding our ability to engage regional partners in support of the United Nations-led peace process." Who sets priorities in this administration? Why is fomenting war against Iran more important than peace in Yemen where half the country, 14 million people, face famine in the world's worst current humanitarian disaster?

And Trump got off a laugh line near the end: "great nations do not fight endless wars."

He did not mention Korea, but he did pretend that US war-making was almost over in Afghanistan and Syria. And he got off one more joke: "we recently succeeded in eliminating 100 percent of the ISIS caliphate."

Vermonter living in Woodstock: elected to five terms (served 20 years) as side judge (sitting in Superior, Family, and Small Claims Courts); public radio producer, "The Panther Program" -- nationally distributed, three albums (at CD Baby), some (more...)
Related Topic(s): Airstrikes; Congress; Constitution In Crisis; Famine; Iran; Korea; Peace_War, Add Tags
Add to My Group(s)
Go To Commenting
The views expressed herein are the sole responsibility of the author and do not necessarily reflect those of this website or its editors.