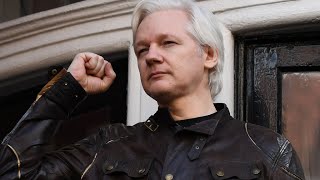 The accidental revelation in mid-November that U.S. federal prosecutors had secretly filed charges against WikiLeaks founder Julian Assange underlines the determination of the Trump administration to end Assange's asylum in the Ecuadorian Embassy in London, where he has been staying since 2012.

Behind the revelation of those secret charges for supposedly threatening U.S. national security is a murky story of a political ploy by the Ecuadorian and British governments to create a phony rationale for ousting Assange from the embassy. The two regimes agreed to base their plan on the claim that Assange was conspiring to flee to Russia.

Trump and his aides applauded Assange and WikiLeaks during the 2016 election campaign for spreading embarrassing revelations about Hillary Clinton's campaign via leaked DNC emails. But all that changed abruptly in March 2017 when WikiLeaks released thousands of pages of CIA documents describing the CIA's hacking tools and techniques. The batch of documents published by WikiLeaks did not release the actual "armed" malware deployed by the CIA. But the "Vault 7" leak, as WikiLeaks dubbed it, did show how those tools allowed the agency to break into smartphones, computers and internet-connected televisions anywhere in the world -- and even to make it look like those hacks were done by another intelligence service.

The CIA and the national security state reacted to the Vault 7 release by targeting Assange for arrest and prosecution. On March 9, 2017, Vice President Mike Pence called the leak tantamount to "trafficking in national security information" and threatened to "use the full force of the law and resources of the United States to hold all of those to account that were involved."

Then came a significant change of government in Ecuador -- an April 2, 2017, runoff election that brought centrist Lenin Moreno to power. Moreno's win brought to an end the 10-year tenure of the popular leftist President Rafael Correa, who had granted Assange political asylum. For his part, Moreno is eager to join the neoliberal economic system, making his government highly vulnerable to U.S. economic and political influence.

Eleven days after Moreno's election, CIA Director Mike Pompeo resumed the attack on Assange. He accused WikiLeaks of being a "hostile non-state intelligence service." That was the first indication that the U.S. national security state intends to seek a conviction of Assange under the authoritarian Espionage Act of 1917, which would require the government to show that WikiLeaks did more than merely publish material.

A week later, then-Attorney General Jeff Sessions announced that arresting Julian Assange was a "priority." The Justice Department was reportedly working on a memo detailing possible charges against WikiLeaks and Assange, including accusations that he had violated the Espionage Act.

On Oct. 20, 2017, Pompeo lumped WikiLeaks together with al-Qaida and Islamic State, arguing that all of them "look and feel like very good intelligence organizations." Pompeo said, "[W]e are working to take down that threat to the United States."

During this time, the Ecuadorian foreign ministry was negotiating with Assange on a plan in which he would be granted Ecuadorian citizenship and diplomatic credentials, so that he could be sent to another Ecuadorian embassy in a country friendly to Assange. The Ecuadorian government reached formal agreement with Assange to that effect, and Assange was granted citizenship on Dec. 12, 2017.

The Trump administration then took a more aggressive stance toward Assange and the policy of the Moreno government. Under Secretary of State for Political Affairs Thomas A. Shannon Jr. visited Ecuador in late February 2018, and he was followed in March by the deputy commander of the U.S. Southern Command, Gen. Joseph DiSalvo, whose task was to discuss security cooperation with the Ecuadorian military leadership.

The day after DiSalvo's visit, the Ecuadorian government took its first major action to curtail Assange's freedom in the London embassy. Claiming that Assange had violated a written commitment, reached in December 2017, that he not "issue messages that implied interference in relation to other states," Ecuadorian officials cut off his access to the internet and imposed a ban on virtually all visitors. The government's statement alluded to Assange's meeting with two leaders of the Catalan independence movement and his public statement of support for the movement in November 2017, which had provoked the anger of the Spanish government.

Ecuador's economic situation offered further opportunity for U.S. leverage at that time. The steep drop in the price of Ecuador's oil exports had caused the South American nation's politically sensitive domestic fiscal deficit to increase rapidly. In mid-June of 2018 an International Monetary Fund delegation made the organization's first trip to Quito in many years in an effort to review the problem. A report by J.P. Morgan released immediately after the IMF's mission suggested that it was now likely that the Moreno government would seek a loan from the IMF. The regime had previously sought to avoid such a move, because it would create potential domestic political difficulties. Seeking an IMF loan would make Ecuador more dependent than before on political support from the United States.

Related Topic(s): Ecuador President Moreno; Extradition; Julian Assange; Kremlin; Wikileaks, Add Tags
Add to My Group(s)
Go To Commenting
The views expressed herein are the sole responsibility of the author and do not necessarily reflect those of this website or its editors.