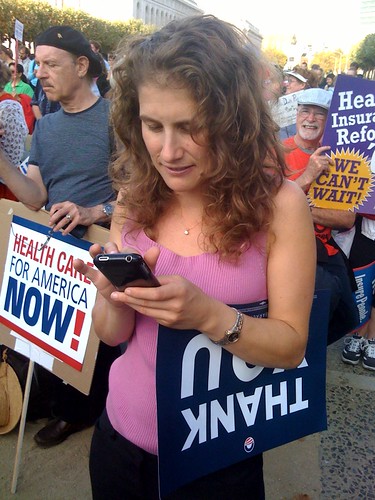 The First Amendment to our Constitution declares that Congress cannot abridge the right of the people ""to petition the Government for a redress of grievances." Unfortunately, this vital tool of our democracy is easily circumvented by Congress simply not responding whatsoever to "petitions" by the citizenry. This government undermining of our constitutional right is producing invincibly incommunicado government officials.

Countless times over the years, I have asked civic group leaders about the outcome of their "petition," their deliberative letters, their serious requests regarding desired policy changes, public hearings, new initiatives, and reversal of courses of actions. Their replies have almost always been no answer, no response, didn't hear from them, and not even an acknowledgment of receipt.

I am not referring to congressional "casework" matters or letters and calls from campaign donors, social buddies, nor the easy letters by politicians on the occasion of birthdays and graduations.

I am referring to letters about serious matters of government raised by the citizenry. George W. Bush, during the weeks leading up to his criminal, bloody invasion of Iraq in 2003, received over twelve urgent, organized requests to meet from Americans. These requests turned out to be prophetic in their warnings about the deadly consequences of this unconstitutional, illegal war. These informed entreaties came from large religious organizations, business, labor, peace, veterans, lawyers, and women's groups, as well as former intelligence officials, some of whom had recently returned from Iraq or had direct experience with the region.

They wrote, telephoned, and emailed the White House. There was not even an acknowledgment. It was as if these citizens did not exist.

Over two years later the American Bar Association (ABA)the largest membership organization of lawyers in the countrysent Bush and Cheney three "white papers" written by ABA task forces of lawyers who served under both Republican and Democratic administrations. These task forces charged the White House with three significant violations of the Constitution. The ABA did not receive an acknowledgment, never mind a response. There wasn't even a White House referral for review by the Justice Department for a response.

Our experience in recent years has confirmed that being an arrogant, incommunicado government official is now entrenched government policy. Yet, such closed-door inaction is not considered news by the media, including the independent media.

Together with two leading constitutional law specialists, Bruce Fein and Louis Fisher, I have sent scores of requests for action regarding an array of criminal and civil violationsmany impeachable offensesby Trump to the Executive Branch agencies and departments as well as Democratic leaders in Congress. Only one response from Senator Tim Kaine (D-VA) was received, only because the letter was related to his prior support for invoking the 25th Amendment.

But our letters went way beyond Trump. Letters of import were sent, backed by phone calls and emails to commissioners of the Federal Trade Commission (FTC), the Federal Communications Commission (FCC), and the Securities and Exchange Commission (SEC), the U.S. Department of Defense, the U.S. Secretary of the Treasury, chairs of Congressional Committees and Subcommittees, and many more. We received no response, nor any acknowledgment. Into a depthless void they were sent, by people whose jobs, salaries, and power come from the sovereignty and tax dollars of the people.

Some of these politicians might be considered political allies. Try getting Senators Elizabeth Warren (D-MA) and Bernie Sanders (I-VT) to return a call or respond to an invitation to be on our weekly radio show and podcast to discuss serious matters. Progressive chairs of the Senate and the House Committees on Financial Services became incommunicado after receiving two of our requests to hold long-overdue hearings on public banking and reinstating the postal savings bank. Both Senator Sherrod Brown and Congresswoman Maxine Waters chose to be incommunicado.

Among the worst is crypto Republican, the nominally Democratic chair of the tax-writing U.S. House Ways and Means Committee, Richard Neal (D-MA).

After one hundred or more serious letters to George W. Bush and Barack Obama went unanswered, I compiled them into a book titled, 'Return to Sender: Unanswered Letters to the President, 2001-2015, Seven Stories Press 2015.

We don't take our government officials being incommunicado personally. We take this civically and seriously. Even members of Congress routinely do not get replies to their letters directed at the Executive Branch departments. Congressional committee subpoenas are ignoredsubpoenas!by both Republican and Democratic Presidents. Trump set the all-time recorddefying over one hundred subpoenas without so much as an acknowledgment. Why, members of Congress have told us that their own letters to other members of Congress go unanswered!

Related Topic(s): Experience; Government; Government Accountability; Government Impunity; Government Lies; Government Of The People; Government Secrecy; Government Transparency; Media; Policy, Add Tags
Add to My Group(s)
Go To Commenting
The views expressed herein are the sole responsibility of the author and do not necessarily reflect those of this website or its editors.