The Evangelical Republican Right (ERR[C]) has announced for some time now that Trump has been "chosen by God" to be President. This raises a number of questions for which I do not have the answers. I do wonder if they might. After all, they are the ERRings. 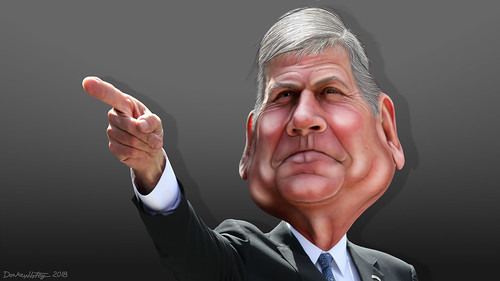 First, how do they know this? Revelation, memo, ghostly appearances, secret communications, not-so-secret communications? In any case, it would do them well to share the answer with the rest of us. For if this is so, I suppose that their next move would be to dispense with elections.

Second, precisely which God are they talking about? After all, there are numerous conceptions of he, she, it, or they (all of them unknowable for sure, but that's another matter).

Third, of course the concept of God is tied up in the ERR's(C) Creation Story. It happens that there are numerous Creation Stories (in addition to the one in the Judeo-Christian Bible), from the world's numerous religions. How do we know that that ERR's is the correct one? 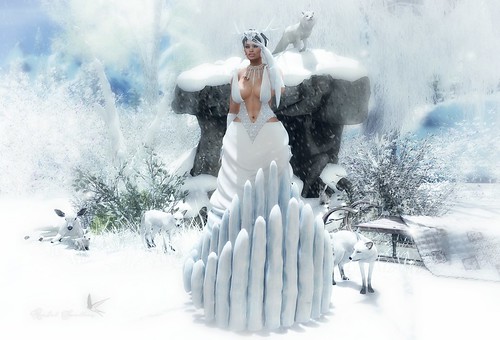 SNOW STORY: This could be it --- or not.
(Image by Rachel Swallows Inworld Elenamicheals Core)   Details   DMCA

Fourth, let's say that the ERR's have nailed it on God and the particular Creation Story to which they adhere. Now one would think that God, whichever or whomever he, she, it, or they is, would have a rather broad ambit. But in focusing down on the conception of God that they have, the ERR(C), especially in terms of what Trump brings to the table for them (as they tell us, over and over again), focuses on certain specifics. First, that ultimately in the law (see Georgia and Alabama) women who have abortions and those who provide them should be killed (since in the ERR's terms abortion is a violation of religious doctrine about when life begins, burning at the stake anyone?). Second, that LGBTQ people should be deprived of civil rights and other protections of the law (as in marriage law). Third, that there should be tax-payer funded support for religious schools and religious education (of the ERR[C] type, of course) in the pubic schools. Fourth, that the Doctrine of Dominionism, that is the "Dominion of 'God' " (as defined by the ERR, of course) should be established above Constitutional Law. This doctrine is espoused by such folk as Vice-President Mike Pence and former Governor of Arkansas Mike Huckabee (ever wonder why they are both named Mike? God has his, her, its, or their reason[s]).

Fifth, why does the ERR(C) not seem concerned with other issues, say of social and economic justice, with which many other religions are concerned, like health care, environmental protection, fighting global warming, combating racism, dealing with poverty, and so and so forth?

Sixth, since they seem to be so focused on the issues outlined in Four, above, the "God" of the ERR(C) would seem to be a rather cruel and narrow-minded one, no? Killing people who don't agree with the ERR's religious notion as to when life begins. Sweeping the LGBTQ population out of civil society. Establishing the ERR's concept of right and wrong over the U.S. Constitution, when that document presents exactly the opposite provisions for the role and place of religion in how the U.S. government is to be conducted. And so on and so forth.

Actually, the ERR's(C) "God" and its projection into both the Constitution and the civil and criminal law of the land would violate both the separation of church and state provision of the first Amendment and the "no religious" test provision of Article VI. Of course, since the words "God" and "Christianity" (of any sort) appear nowhere in the Constitution, the ERR's position rests on no justification in that regard either.

Steven Jonas, MD, MPH, MS is a Professor Emeritus of Preventive Medicine at StonyBrookMedicine (NY) and author/co-author/editor/co-editor of over 35 books. In addition to his position on OpEdNews as a "Trusted Author," he is a Senior Editor, (more...)
Related Topic(s): Abortion; Christianity; Evangelical; God; Republican Pandering; Republican Religious Right Wing Nuts; Right Wing Evangelicals; Right Wing Hypocrisy; Rightwing Extremism; Sexuality; (more...) Trump; Trump Against Democracy; Trump Apologists; Trump As The Messiah; Trump Bible; Trump Cult; Trump Presidency; Trump Wants Presidency For Life, Add Tags  (less...)
Add to My Group(s)
Go To Commenting
The views expressed herein are the sole responsibility of the author and do not necessarily reflect those of this website or its editors.