Reprinted from www.dailykos.com by Hunter 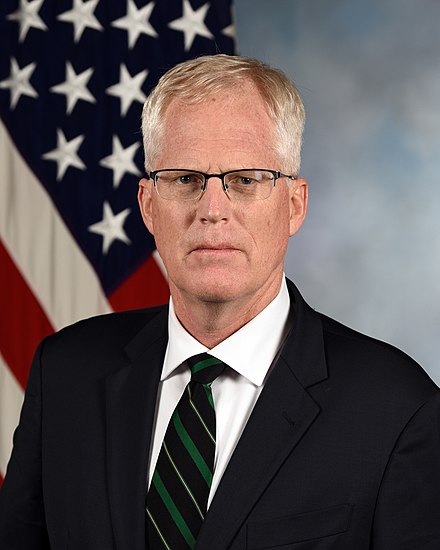 Twenty years after 9/11, when part of the Pentagon itself was destroyed in a terrorist attack intended to decapitate United States military leaders, the federal reaction to a new act of terrorism on American soil proved so incompetent as to defy description. As mobs chanted demands that the vice president be killed and hunted congressional leaders like House Speaker Nancy Pelosi and Senate Majority Leader Mitch McConnell, Capitol Police officers were left on their own, without help, and no word on when help would arrive.

A large part of that was due to what appears to be no substantive response from the Department of Defense as this nation's top lawmakers hid from terrorists in the halls of the U.S. Capitol. And it now appears that that inaction, by Trump Secretary of Defense Christopher Miller, very nearly caused the fall of the U.S. government. And that, regardless of intent, is an inexcusable failure. Miller has proven unfit for his office, at best. His failure to respond to a terrorist attack in any substantive way endangered the entire country; during a national crisis, he proved at best incompetent.

He must be removed from his post immediately for that failure alone. It may be more important to remove "acting" Secretary of Defense Christopher Miller from his post than it is to remove Trump himself; while Trump worked to provoke the attack, during an assembly of known-violent extremists known to law enforcement as potential domestic terrorists, it is Miller that decapitated the nation's response to the insurrection as terrorists hunted officials inside the breached halls of Congress.

A later investigation will determine whether Miller's intent was treasonous. There is no interpretation of the facts, however, that can justify Miller's disgraceful failure to mount a response to an ongoing terrorist act. He cannot remain in his post.

As we learn the true events of last Wednesday's attempted coup, the true nature of both the attack and the horrific lack of federal response are becoming clear. We now know that the attack was not spontaneous; within the larger crowd of willingly violent Trump allies, a subset was armed, knew where they were going, and intended to execute Vice President Mike Pence, House Speaker Nancy Pelosi, and other Trump opponents. As calls for backup from Capitol Police, lawmakers, and congressional staff went unanswered, the assassins came very close to succeeding.

We also know that top Trump administration officials knew in advance of the threat to the Capitol, but downplayed threat assessments given to the Capitol Police and to Congress so as to justify a far weaker law enforcement presence than for any other major (or even minor) planned mass protest. This lack of preparation comes after a Trump administration gutting of Department of Homeland Security intelligence officials, part of a larger purge of officials deemed insufficiently loyal to Donald Trump.

But perhaps the most consequential actions were by newly appointed Trump Secretary of Defense Christopher Miller-the same Christopher Miller that President-elect Joe Biden called out for blocking national security briefings to the incoming administration. The timeline now makes clear that even long after Capitol Police had reported multiple officers injured and the Capitol building being overrun, Miller still took no significant action.

According to the timeline of the Wall Street Journal, officer injuries were reported at 1:18pm. By 1:41, Capitol Police were overrun. Capitol Police chief requested National Guard support at 2:22pm, one of numerous officials to do so-many hiding inside the building awaiting immediate help.

It was not until 5:45pm formally approved the dispatch of the Maryland National Guard. The delay in response? Hours.

Related Topic(s): Capitol Riot; Christopher Miller; Secretary Of Defense; Traitor; Traitors, Add Tags
Add to My Group(s)
Go To Commenting
The views expressed herein are the sole responsibility of the author and do not necessarily reflect those of this website or its editors.