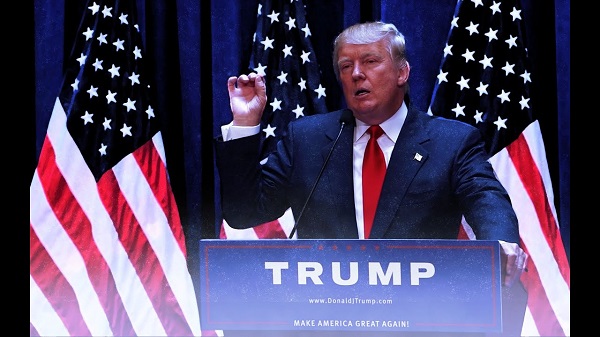 Trump voters are not inclined to change their minds. Some of them are forever Republicans and will only vote the GOP ticket; they are called hereditary voters. Others can't stand the Democratic Party nominees, won't vote for the Libertarian ticket, and will only vote for Trump. Some love Trump because of his anti-immigrant stance, deregulation of law enforcement on businesses, and nominations of anti-choice and right-wing corporatist federal judges.

Yet, polls show that the one area of widespread disappointment among Trump voters (not the rich ones) is that he didn't deliver the improvements for their livelihoods that he promised in the 2016 campaign. Many Trump voters are willing to overlook Trump's dangerous lies, coverups, self-enrichment, the surrender of Washington to Wall Street corruption, lethal incompetence, i.e., his bungling of the Covid-19 pandemic, and personal immorality (he has violated seven of the Ten Commandments). But Trump voters expected Trump to do a little bit more to further the legitimate self-interests of the families on Main Street.

Now come two Pulitzer-Prize-winning, famously accurate reporters, Hedrick Smith, executive editor of 'Reclaim the American Dream' and Nicholas Kristoff of the New York Times with lists of Trump's broken promises. Smith also mentions some promises Trump tried to keep, such as those which largely favor the wealthy and big businesses.

These include getting out of the Paris Climate Accord and the huge tax cut for himself and other wealthy Americans. But Trump has failed badly on many of his over 200 campaign promises in 2016 that were directed to working people.

Trump promised to create 25 million jobs over 10 years - 2.5 million jobs a year. Even before Covid-19, Trump didn't come close, because, in large part, he didn't push for a major infrastructure jobs bill in Congress to repair and upgrade public works in every American community.

Trump promised to raise wages then proceeded to keep the frozen federal minimum wage at $7.25 per hour. Under Trump's watch, taking inflation and loss of benefits into account, Smith concludes that "workers are net losers." But not the CEOs like the head of Walmart who makes about $12,000 per hour and benefits from Trump's tax cuts for the wealthy!

Smith refers to Princeton economist, "Alan Blinder, who pointed to academic studies that show 'For the first time in the past hundred years, the working class today pays higher tax rates than billionaires.'" Thanks to Trump.

Kristoff has reported additional broken promises - from Mexico not paying a peso for the "wall" to Trump inciting violence, breaking laws, and bringing disorder to our streets, to altering "the terms of student loan repayments" adding $200 billion over a decade; (he promised the opposite to "our students who are drowning in debt") to repealing and replacing "disastrous Obamacare," Trump has failed miserably.

On July 27, 2018, Trump said, "You're going to have a great health care at a much lower price. It will cost the United States nothing." Sure, tell that to the frontline Covid-19 workers who are being gouged when tested and still do not have adequate protective equipment under Trumpism. Many have no health insurance or are underinsured.

Two weeks before the 2016 election, Trump said he was "proposing a package of ethics reforms to make our government honest once again." Instead, Trump has given the American people the most relentlessly corrupt regime in reported American history. From the White House to key government agencies, Trump and his cronies daily twist and break the law.

The list of broken promises could fill volumes. Compare Trump's words and deeds and misdeeds. "We will honor the American people with the truth and nothing else." (Over 20,000 false or misleading statements so far by the Washington Post's reliable count). "We will end our chronic trade deficits." (The trade deficit is bigger now than in Obama's last year in office). That means the US is exporting jobs.

In contrast to Trump's pledge to get rid of the $19 trillion National debt "fairly quickly," he doesn't care at all about piling huge debts on the children and grandchildren of America so that he doesn't have to repeal his enormous tax cut for the wealthy and stop massive corporate welfare handouts and bailouts.

While visiting Smith's website note that one of his team's most important objectives is to "introduce you to multiple issues, multiple strategies, multiple organizations that can help you start a reform movement in your own community or join forces with others."