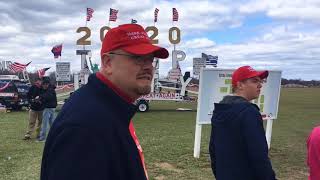 "He has been glorified as a hero and obeyed as a ruler, but fundamentally he is always the same. His most fantastic triumphs have taken place in our own time, among people who set great store by the idea of humanity. He is not yet extinct, nor will he ever be until we have the strength to see him clearly, whatever disguise he assumes and whatever his halo of glory. The survivor is mankind's worst evil, its curse and perhaps its doom. Is it possible to escape him, even now at this last moment?" ~~Elias Canetti, Crowds and Power

"[White] America's conscience is bankrupt. She lost all conscience a long time ago. Uncle Sam has no conscience. They don't know what morals are. They don't try and eliminate an evil because it's evil, or because it's illegal, or because it's immoral; they eliminate it only when it threatens their existence. So you're wasting your time appealing to the moral conscience of a bankrupt man like Uncle Sam. If he had a conscience, he'd straighten this thing out with no more pressure being put upon him...And in my opinion, the young generation of whites, blacks, browns, whatever else there is, you're living at a time of extremism, a time of revolution, a time when there's got to be a change. People in power have misused it, and now there has to be a change and a better world has to be built, and the only way it's going to be builtis with extreme methods. And I, for one, will join in with anyone -- I don't care what color you are -- as long as you want to change this miserable condition that exists on this earth." ~~Malcolm X, Oxford Union Debate, 1964

Canettii argues in his book that the most dangerous individual holding power is someone who views him/herself as a Survivor, or someone who can survive at the expense of others. Canetti notes that the Survivor, with access to nuclear weapons, can obliterate a hefty chunk of mankind. The President of the United States, as Commander in Chief, has the option to use those weapons presumably only under the most dire of circumstances. President Donald Trump's proximity to the nuclear weapons trigger has been noted with trepidation by non-military observers from the beginning of his presidency and that matter is always lurking in the background, particularly as the US modernizes its Nuclear Triad. But the checks and balances in the use of the Nuclear Triad can't be discounted as it is likely that military commanders would refuse to carry out Trump's orders to use nukes even in spite of revised doctrine appearing to make it easier to do so.

The bigger problem, according to Canetti, is this: "Today, the survivor is himself afraid. He has always been afraid, but with his vast new potentialities his fear has grown too, until it is almost unendurable...The most unquestioned and therefore the most dangerous thing he does is to give commands."

Trump's world is a paranoid one. His apologists and supporters are loons. How else to describe those that refuse to condemn, even approve, racist presidential behavior. Trump and his disciples act as if they have survived some horrific mentally debilitating event; or indeed, expect one in the form of a color shift in America's complexion.

Didn't evolution weed these viruses out decades ago?

Trump and his disciples view themselves as a persecuted minority and that's dangerous because they really believe they are. The statistics, the demographics, show that Whites make up the largest chunk of the American population with Hispanics second at 18.3 percent and Blacks at 13.4 percent. Trump's people are horrified at the prospect that America will turn
a light tinge of brown, which it inevitably will, by the 2050s and beyond.

Making Amends with Corporation and the Financial Sector

Trump is Canetti's Survivor, a hustler. He managed to game the legal and financial system to stay afloat, always getting rescued/supported by "his kind" for boneheaded business decisions and now for slashing US federal spending and regulations that protect the American public turning the US federal government into a bigger playground for corporations, businesses and interest groups (something corporations welcome with glee).

The Washington Post reported in 2016 that Trump declared Chapter 11 bankruptcy six times; four in the 1990s and two in the 2000s. In 2004, Trump's Hotel and Casinos Resorts was $1.8 billion in debt and couldn't meet its obligations.

So why do the corporate powerhouses of America stick with Trump even though he is a real estate swindler, racist and psychopath?

That's simple, he is a repaying the corporate/financial world back for robbing them of billions years ago by giving them trillions now. He, and his Republican/Democrat apologists in the US Congress, slashed corporate/business tax rates, and they are now pillaging federal programs like the Supplemental Nutritional Assistance Program (SNAP) for budget cuts or elimination, ostensibly to save American taxpayers some money. Trump wants to drop 3.1 million people from SNAP.

It is the same story at the Environmental Protection Agency (EPA). According to the publication Mother Jones, "On Wednesday [July 18], the United States Environmental Protection Agency doubled down on one of the most controversial environmental deregulation moves of the Trump presidency"the EPA reaffirmed its 2017 decision to reject a proposal from the agency's own scientists to ban an insecticide called chlorpyrifos that farmers use on a wide variety of crops, including corn, soybeans, fruit and nut trees, Brussels sprouts, cranberries, broccoli, and cauliflower."

And why would Trump be interested in chlorpyrifos that has been shown to be detrimental to children's brain development? "Dow AgroSciences' parent company, Dow Chemical, has also been buttering up Trump. The company contributed $1 million to the president's inaugural committee...the administration has approved the Dow-Dupont merger, and named several former Dow execs to high posts within the US Department of Agriculture," Mother Jones reported.

John Stanton is a Virginia based writer specializing in national security and political matters.

Related Topic(s): America; Lee Atwater; Money; Trump Against Democracy; Trump Cult; Trump Racism, Add Tags
Add to My Group(s)
Go To Commenting
The views expressed herein are the sole responsibility of the author and do not necessarily reflect those of this website or its editors.

How the World Ends