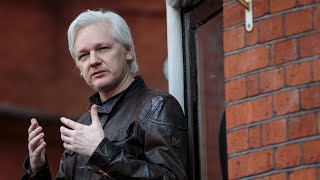 A total of 18 charges against Assange, with reportedly more to come, are all about wanting truth-telling journalism the way it should be on vital domestic and geopolitical issues silenced.

Trump regime hardliners want information about US wrongdoing suppressed. They want the official narrative alone to be reported.

Establishment media are complicit by sticking to it, operating as press agents for wealth, power and privilege especially when the US goes to war, plans one, or wages it by other means against nations on its target list for regime change like Iran and Venezuela.

Speech, media, and academic freedoms in the US and West are threatened by Trump regime actions against Assange, what totalitarian rule is all about.

Reportedly last Thursday, the Trump regime's Justice Department formally requested Assange's extradition from the UK to the US.

On June 14, his first extradition hearing will be held in a London court, a likely protracted battle against it to follow.

His lawyers vowed to contest handing him over to US authorities on trumped up charges and virtual certainty of being judged guilty by accusation in rubber-stamp judicial proceedings.

What's at stake goes way beyond his fate. It's whether truth-telling journalism can be criminalized in the US and West.

It's whether fundamental US constitutional rights are enforced or rendered null and void, especially First Amendment ones, all others threatened if lost.

Assange attorney Jen Robinson said his legal team will be "contesting and fighting" extradition to the US. If unsuccessful in UK courts, his case will likely be appealed to the European Court of Human Rights and/or European Court of Justice, the highest EU court.

If extradited to the US, he's doomed. He'll likely face torture and abuse, mistreatment similar to what Chelsea Manning endured for nearly seven years, more of the same ongoing for invoking her constitutional rights to stay silent.

According to WikiLeaks editor-in-chief Kristinn Hrafnsson, Trump's Justice Department will present its so-called evidence against Assange during his extradition hearing in London, the first of more sessions to come for weeks or months.

Hrafnsson called his case a "watershed moment" in the attack on journalism." Charges against Assange are politically motivated.

Related Topic(s): Assange; Extradition; Journalism; Manning; Torture; Trump Bully In Chief; Wikileaks, Add Tags
Add to My Group(s)
Go To Commenting
The views expressed herein are the sole responsibility of the author and do not necessarily reflect those of this website or its editors.