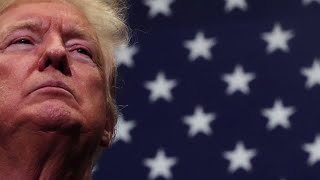 The Republicans could use the fraudulent hysteria they've whipped up about vote-by-mail fraud to steal the presidency in the event that Donald Trump fails to win the Electoral College. Constitutional expert Thom Hartmann and I are concerned the GOP-controlled Legislatures could claim that mail-in ballots are fraudulent and thereby refuse to certify a Democratic win in states such as Wisconsin and Georgia. By refusing to send electors to the Electoral College and thereby denying any candidate 270 votes in the Electoral College, under Article XII of the Constitution, the election shifts to the House of Representatives whose members will cast one vote per state Wyoming gets the same vote as California. Trump would then be "reelected" even if he loses both the popular vote and the Electoral College. That's what happened in 1824 when John Quincy Adams LOST the popular vote and electoral vote but was elected by the House -- a total swindle!

In this edition of the Election Crimes Bulletin, Palast and Bernstein explore the real and present danger presented by Article XII of the Constitution. They also reveal how the GOP have used and abused the legal system to snatch victory from the jaws of recent defeats in Texas and Wisconsin, and how Georgia's Brian Kemp has colluded with right-wingers in the judiciary to do away with an election altogether, because why bother stealing an election if you can simply cancel it and appoint a winner instead?

Related Topic(s): Electoral College; Trump Against Democracy; Trump And Mail-in Ballots; Vote-by-mail, Add Tags
Add to My Group(s)
Go To Commenting
The views expressed herein are the sole responsibility of the author and do not necessarily reflect those of this website or its editors.